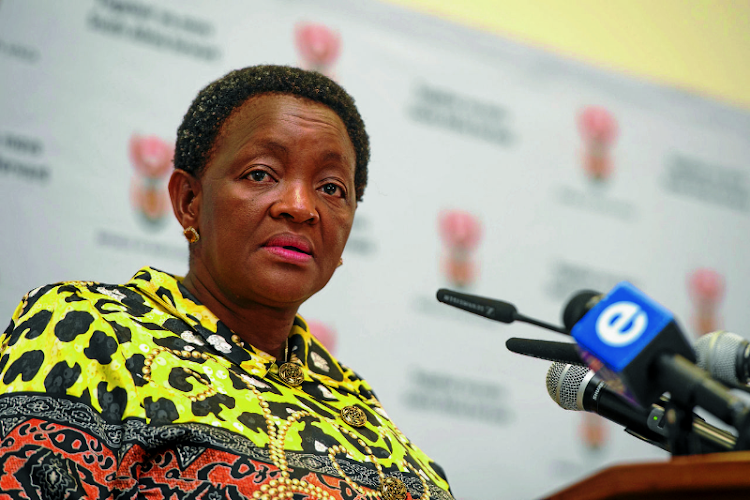 The Director of Public Prosecutions (DPP) in Gauteng will prosecute former social development minister Bathabile Dlamini in connection with the social grants payments fiasco in 2017.

Dlamini faces a charge of perjury after allegedly giving false evidence in her testimony under oath at an inquiry instituted by the Constitutional Court in 2018.

In 2017 her department failed to find a new service provider to handle the payment of social security grants after the Constitutional Court ruled in 2014 that a contract with Net1 UEPS Technologies to handle the payouts was invalid.

At the time of the crisis, judge Bernard Ngoepe found Dlamini’s conduct had been “reckless and grossly negligent” and ordered her to pay a portion of the costs of litigation.

The Sunday Times reported previously that Dlamini was ordered to pay R55,000 to the Black Sash and about R600,000 to Freedom Under Law (FUL).

Ngoepe later filed a report on the inquiry with the Constitutional Court, which found Dlamini had not only failed in her duties but had also failed to disclose information to the court for fear of being held liable for the crisis in her personal capacity.

“The report describes Ms Dlamini as an ‘evasive’ witness, answering simple questions with ‘I don’t know’ or ‘I don’t remember’ or simply failing to answer at all,” according to a statement by the Centre for Applied Legal Studies

In an interview with the Sunday Times, Dlamini claimed she could not pay the costs and pleaded poverty, saying her ministerial pension had been blocked.

However, in May this year she settled the full amount.

“Earlier this year, we noted minister Dlamini had finally complied with the Constitutional Court’s order to pay the legal costs she owed to our organisations,” said Ariella Scher, an attorney at the Centre for Applied Legal Studies.

The centre welcomed the DPP’s decision to prosecute Dlamini.

This is a significant moment for holding public officials personally accountable for the execution of their duties and to protect the integrity of the social security system.

“The decision to prosecute her for perjury sends the message once again that everyone is equal before the law and even those occupying some of our highest offices must be held accountable for their actions,” Scher said

A summons has been issued for Dlamini to appear in the Johannesburg regional court on September 21.

“This is a significant moment for holding public officials personally accountable for the execution of their duties and to protect the integrity of the social security system,” said Bukasa.

“The Black Sash remains committed to its goal to ensure the right to social security is fully realised,” she added. “While we are pleased the Covid-19 social relief of distress grant has been reinstated with the eligibility criteria expanded to include unemployed caregivers, we will continue to advocate for permanent social assistance for the unemployed while a universal basic income remains the ultimate aim.”

President Cyril Ramaphosa won the fight for the ANC when he was elected by a narrow margin at the Nasrec conference in 2017. But has he won the war?
Features
1 year ago

Prosecution authorities have all they need to proceed with a case of perjury, but nothing is happening
Opinion
1 year ago