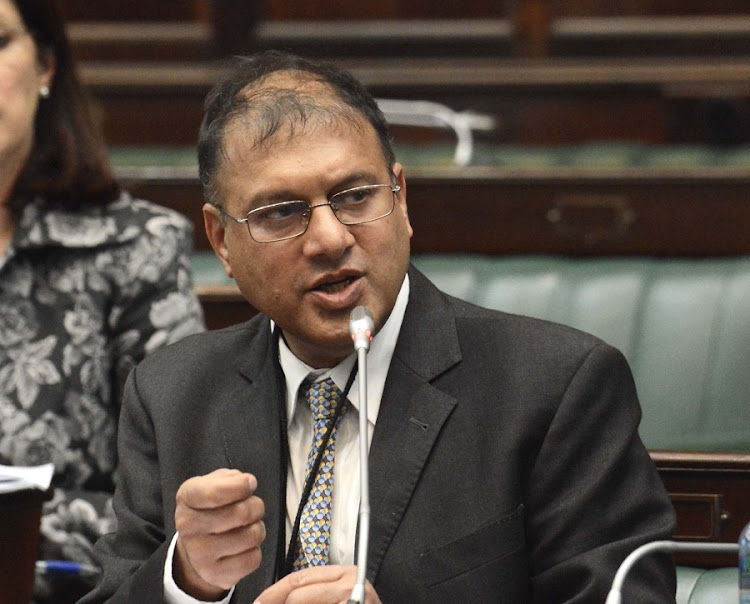 The Treasury’s undertaking that a pension fund reform bill would be released for public comment later in 2021 did little on Tuesday to stop parliament’s finance committee from proceeding with a DA-proposed bill.

The bill would allow for loans to be taken out against a guarantee provided by a pension fund.

Chair Joe Maswanganyi stressed at a committee meeting that the committee had to strictly stick to the legislative procedure in processing a bill proposed by DA MP Dion George, to avoid a possible legal challenge. The parliamentary process could not be stifled, he said.

The committee has already held public hearings on the Pension Fund Amendment Bill, which it will go through clause by clause and then vote on. Any Treasury bill on pension fund reform would be dealt with in the same way, Maswanganyi said.

George agreed to amend his bill to reduce the permissible maximum amount of a loan guaranteed by the member’s pension fund assets from 75% to 30% of the assets as proposed by Cosatu. Another amendment proposed by George was that only one loan per member would be allowed. He dismissed objections to his bill, saying not everyone would take out a loan and not everyone who took out a loan would default on repayment causing a collapse of the retirement industry.

Cosatu supported the principle of pension-fund members being able to borrow against their pension funds to assist them in a situation of financial crisis precipitated by the Covid-19 pandemic, but believed a 75% limit would result in the depletion of funds.

Treasury deputy director-general Ismail Momoniat expressed strong opposition to George’s “seriously flawed” bill, which he said failed to consider the tax implications, lacked technical detail and failed to take into account that the fundamental objective of retirement funds was to get people to save for their retirement.

“The bill has not been thought through in terms of its implications and will pose a great risk to the retirement system,” he said, and pleaded with George to withhold his bill to allow the Treasury process on pension fund reform to proceed. But George said he was not prepared to wait.

Momoniat said the Treasury was “pretty confident” that its bill on pension fund reform could be released for comment at the same time as the medium-term budget policy statement later in 2021.

In terms of the Treasury’s pension fund reform proposal — arrived at after prolonged consultations — pension fund contributions would be made into two “pots”, only one of which would allow extremely limited withdrawals after possibly three to five years, while the other would receive, for example, 75%-80% of retirement fund contributions to ensure mandatory preservation until retirement. No withdrawals would be allowed on resignation.

A system of auto-enrolment would also be introduced to ensure that all workers, including those working on contract or in the informal sector, contributed towards a retirement fund. That might require establishing a separate fund.

Momoniat said agreement on the Treasury’s proposal, which would require a fundamental restructuring of the tax system, was close. Only a few more consultations were required on the proposal, which was fully supported by new finance minister Enoch Godongwana.

“We are almost there,” Momoniat said.

While there was general sympathy during the public hearings towards the objective of George’s bill to provide relief to members of pension funds who were temporarily without an income or were in serious financial difficulties because of the Covid-19 pandemic, the retirement industry expressed concern that loan defaults would result in a substantial erosion of retirement savings, which would affect their long-term financial security. The industry noted that retirement savings in SA were extremely low.

Treasury says no early access to pension savings before 2022 and the R1.9-trillion Government Employees Pension Fund will be excluded
Economy
1 month ago

In an unusual move, ANC MPs were open to amending the bill whereas the Treasury wanted them to reject it in its entirety
National
3 months ago

Dion George says the amendment is needed now as, amid Covid-19, workers are resigning to access their pensions due to financial hardship
National
6 months ago
Next Article