Nine years on and little progress in case against those implicated in Marikana massacre, NGO says 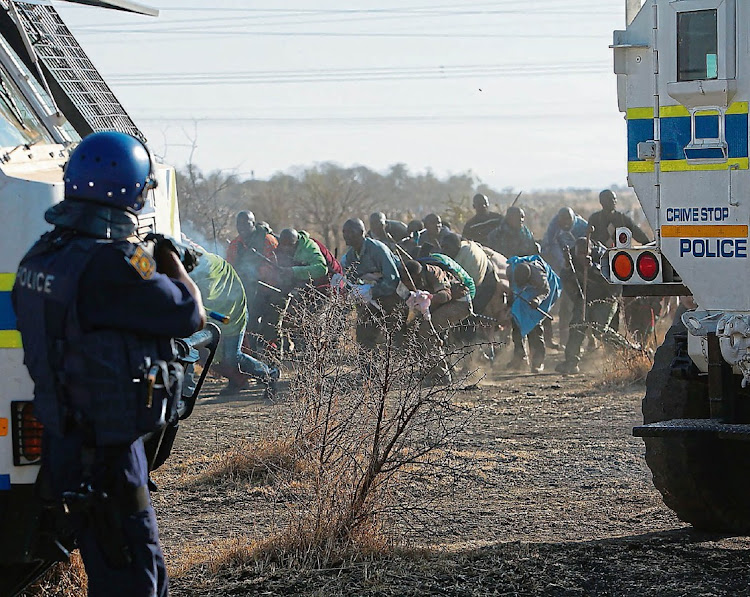 Nine years after 34 miners were killed at Marikana, little progress has been made in bringing those implicated to book, monitoring NGO Bench Marks Foundation said on Monday.


Nine police officers are still facing charges related to the shootings. “Progress in these cases has simply ground to a halt, said the foundation’s executive director, John Capel. “Even if they are eventually finalised, accountability for this massacre needs to stretch much higher up the level of command.”

The foundation appealed to mining company Sibanye-Stillwater to expand the memorial park it is establishing at Marikana. It wants counselling services for widows and orphans to be extended to the miners who were injured, some of them severely, and those who were traumatised by the massacre.

“This will assist in bringing healing, that is long overdue, to the community,” Capel said.

He said the foundation welcomed the commitments made by Sibanye-Stillwater to help communities affected by the Marikana massacre — but warned that it would keep a close watch to ensure the company made measurable and sustainable progress.

The range of activities promised by Sibanye-Stillwater was encouraging, Capel said. These included mega-agricultural projects, piped water, and tarred roads in nearby Nkaneng township, where many of Marikana’s miners live.

“We are encouraged by the way Sibanye’s CEO, Neal Froneman, speaks about social justice and compacts. However, the real test comes in what happens on the ground. Does this translate into communities that are substantially better off?” Capelsaid.

“The company needs to report how many roads have been tarred, and exactly what progress has been made with the mega agricultural project,” he said.

The National Union of Mineworkers said it was in the process of mobilising resources to push for the implementation of the recommendations made by the Farlam commission that all the victims should be equally compensated.

“It should also be remembered that days before the brutal shootings by the police, 10 people were killed and that included mineworkers, security officers and members of the police,” the union said. “So our call has always been that those victims must also be remembered.”

“We should all strive to assist all the victims to find an amicable closure,” the union said.

Fortunes of companies, and by implication those of shareholders, employees and communities, are linked
Opinion
10 months ago