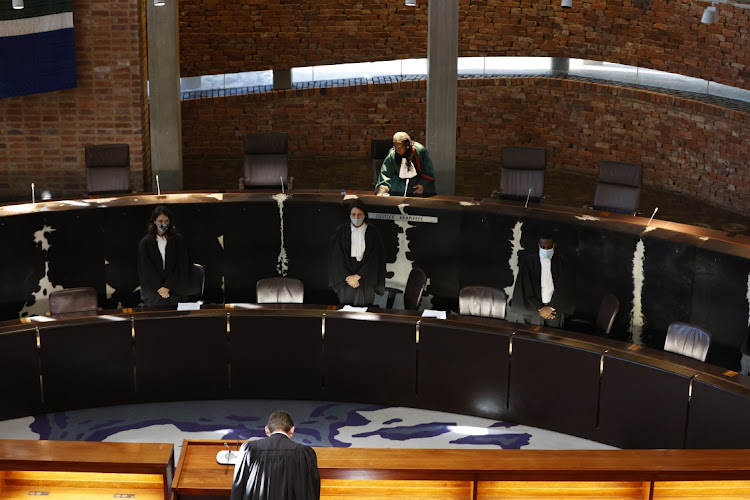 The Judicial Service Commission (JSC) will reinterview most of April’s Constitutional Court candidates after a settlement negotiation with the Council for the Advancement of the South African Constitution (Casac).

The interviews will take place in October.

Casac confirmed on Thursday that the JSC had agreed to what the organisation had asked for in its court challenge to the April interviews and that “fresh interviews for those candidates for the Constitutional Court will now be conducted”.

A draft settlement agreement had been submitted to the high court to be made an order of court, it said.

Shortly before that, the JSC released its shortlist for interviews to be conducted in October, revealing that it would be seeking to fill two vacancies at the Constitutional Court and that the list of candidates it would be interviewing was almost identical to the list of those interviewed in April.

The only candidate interviewed in April who is not on the October list is KwaZulu-Natal High Court judge Dhaya Pillay. She could not immediately be reached for comment.

The April interviews were widely criticised for being “politicised”, particularly the interviews of Pillay and Unterhalter, who neither made the JSC shortlist of five submitted to President Cyril Ramaphosa. The president was supposed to select two people from the five-strong list for appointment.

Casac applied to the high court in Johannesburg to declare the interviews in April unlawful and to set aside its recommended list to Ramaphosa for appointment to the apex court.

When Casac first applied to court it said “at best commissioners asked irrelevant and nonsensical questions that prejudiced candidates; at worst, they used the interviews for naked political score settling”.

After the recordings of the JSC’s confidential deliberations on the candidates were disclosed, Casac’s criticism of the process was even harsher, and it called the interviews a “sham”.

Casac’s Lawson Naidoo said the deliberations revealed that the JSC had not deliberated on each candidate. Instead, “a preselected list was produced by chief justice Mogoeng Mogoeng”.

The chief justice “never explained how, where, when, why or with whom he had prepared such list. The list itself was never subjected to an examination against any standard. The deliberations, such as they may exist, can properly be described as a sham,” Naidoo said.

The JSC did not immediately respond to questions, including on when it would fill the other two vacancies arising by October.

Previously protected by the ANC, it now has to contend with a divided governing party unable to defend it
Opinion
5 months ago

On some occasions, the deployment committee insisted on being notified of candidates for vacancies before the posts were publicly advertised
National
5 months ago

Amendment of constitution required, which can only be effected by parliament
National
5 months ago
Next Article