Zuma still under medical observation ahead of corruption trial 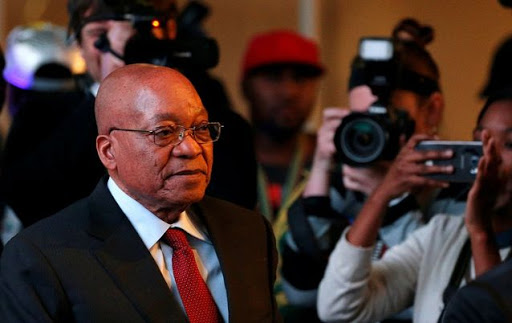 It remains to be seen whether former President Jacob Zuma will attend his arms deal corruption trial scheduled to be heard at the Pietermaritzburg high court on Tuesday as he is still in hospital.

“We are still awaiting a doctor’s report. Only that report can conclusively answer the question,” said Jacob Zuma Foundation spokesperson Mzwanele Manyi on Sunday.

The department of correctional services on Friday announced that the 79-year-old former head of state was admitted to an outside hospital for medical observation.

Zuma, who was sentenced last month to a 15-month jail term for contempt of court, has been medically supervised by staff from the SA Military Health Services since his admission at the Estcourt Correctional Centre last month.

On Sunday, Nxumalo said the nation would be informed once Zuma has been discharged from the hospital.

Zuma’s brother Khanya told TimesLIVE this week that the family was not overly worried about Zuma being hospitalised “as he had “been unwell since he was poisoned” in 2014.

The Sunday Times reported that in August 2014, during his trip to the US, doctors established that Zuma had been poisoned. He travelled to Russia to confirm the diagnosis and treatment.

“We are not overly concerned because they told us yesterday (Saturday) that he would be going to see his regular doctor. He has really been unwell since he was poisoned,” said Khanya.

This is the second time that Zuma has temporarily been released from the prison since he began serving his sentence on July 8. Three weeks ago, he joined his family for the funeral of his brother Michael, in Nkandla, after he was granted compassionate leave.

Meanwhile, the police are reportedly on high alert in KwaZulu-Natal ahead of the court case, which usually draws scores of Zuma’s supporters.

There are also growing fears of a second wave of looting and destruction in the province as the #FreeJacobZuma campaign plans fresh peaceful action on Tuesday.

TimesLIVE reported this week that Carl Niehaus, a senior member of the #FreeJacobZuma campaign and of the so-called Radical Economic Transformation (RET) forces would be “embarking on several key programmes of action” after President Cyril Ramaphosa’s failure to act on the demands to release Zuma.

According to a City Press report, national police commissioner Khehla Sitole has extended the deployment of police to KwaZulu-Natal ahead of Zuma’s court appearance to deal with potential protests ahead of Zuma’s case on Tuesday.

The approval of the extension reportedly comes after a request by the National Joint Operation and Intelligence Structure.

The security cluster came under fire after unprecedented civil unrest and looting which cost the country billions of rand and led to the death of more than 300 people. The cluster was caught napping during the failed insurrection which led to Ramaphosa's reconfiguration of his cabinet to ensure that the incident never happens again.

However, SA Police Union’s Lesiba Thobakgale said: “We are not aware of whether there will be unrest this coming week when the former president appears in court as it is an operational matter of which SAPS management will be in a better position to shed light on the matter.”

Inequality has grown more concentrated in India, home to two out of the three richest tycoons in Asia
Opinion
10 months ago