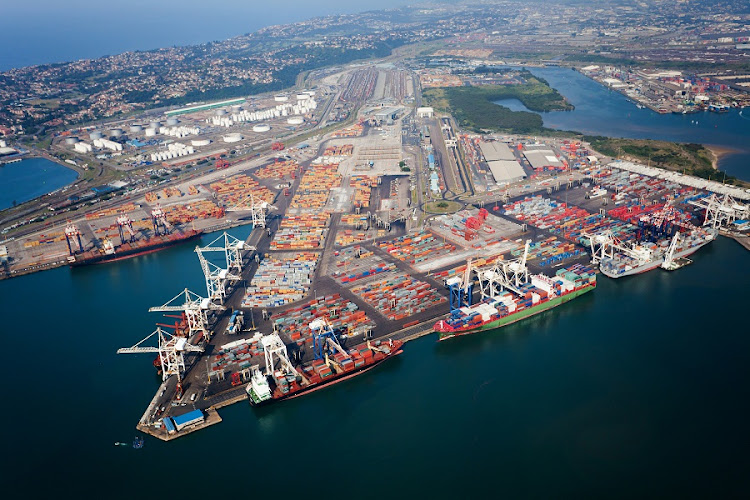 A cyber attack disrupted container and shipping operations at Transnet’s ports, with Cape Town and Durban particularly affected just days after harbours in KwaZulu-Natal were disrupted by violence, looting and arson.

Transnet, the state-owned rail and ports monopoly, reported on Thursday morning that it was “currently experiencing a disruption in some IT applications and the source of this problem is being identified”.

“Work is under way to reduce the downtime to ensure that the impacted systems are up and running again as soon as possible,” it said.

Coming so soon after the unrest that swept through KwaZulu-Natal that severely disrupted shipping at Richards Bay and Durban ports, as well as the railway line between the latter harbour and the industrial heartland of Gauteng, the question was whether the cyber attack was part of what President Cyril Ramaphosa has described as a failed insurrection.

“Currently we are treating the cyber attack on Transnet as an unrelated event, not related. But we are investigating and when information comes to the fore we’ll either confirm or dispel whether the incident is related,” Khumbudzo Ntshavheni, acting minister in the presidency, said in a daily briefing about the situation in KwaZulu-Natal.

Transnet said it had activated alternative plans to keeps its operations running on its railway network, fuel pipelines and other divisions. All port functions were operational apart from container terminals because the system managing trucking movements into and out of the ports was negatively affected by the IT problem.

Several concerned stakeholders in the freight industry sounded the alarm after their trucks were not able to access the container terminals at the Durban port.

“There was a memo issued to staff on Thursday morning that their terminal computers had been hacked and it came from the Transnet IT system. They said that they were working on it, but by Thursday afternoon the system was still offline,” a stakeholder told TimesLIVE.

“Some operations, including rail, have gone manual but the end result is that no import containers are able to be processed or loaded on to the trucks.

“After last week’s disaster of the looting and riots, this is catastrophic. If it is an intentional shutdown, it is equal to industrial sabotage and will bring the economy to its knees,” said the stakeholder.

Harbour operations in the Eastern Cape have stopped because of bad weather, Transnet said. The Eastern Cape handles movements of cars built in the province as well as manganese ore from mines in the Northern Cape.

The Cape Town Harbour Carriers Association said in an e-mail to members, seen by Reuters: “Please note that the port operating systems have been cyber attacked and there will be no movement of cargo until the system is restored.”

Transnet’s official website was down on Thursday showing an error message. It declined to comment on whether a cyber attack caused the disruption.

The sources, who asked not to be named because they are not authorised to speak to the press, said an attack occurred early on Thursday.

The latest disruption has delayed containers and auto parts, but commodities were mostly unaffected as they were in a different part of the port, one of the sources said.

It will also create backlogs that could take time to clear.

A stakeholder told TimesLIVE that long haulers were desperate to deliver cargo to various projects throughout the country.

“We can’t access the containers, and this is bad for our business as long-distance haulers. We can’t get into the queue to collect the cargo because the system can’t generate a place.”

With Reuters and TimesLIVE

The acquisitive group says the state’s response to recent violence, and progress in issues such as water rights, are reasons for optimism
Companies
2 months ago

Durban and Richards Bay harbours back to normal with trains running

Durban and Richards Bay harbours back to normal with trains running