The public disorder and mayhem of the past seven days has seen 212 lives lost and over 2,550 arrested 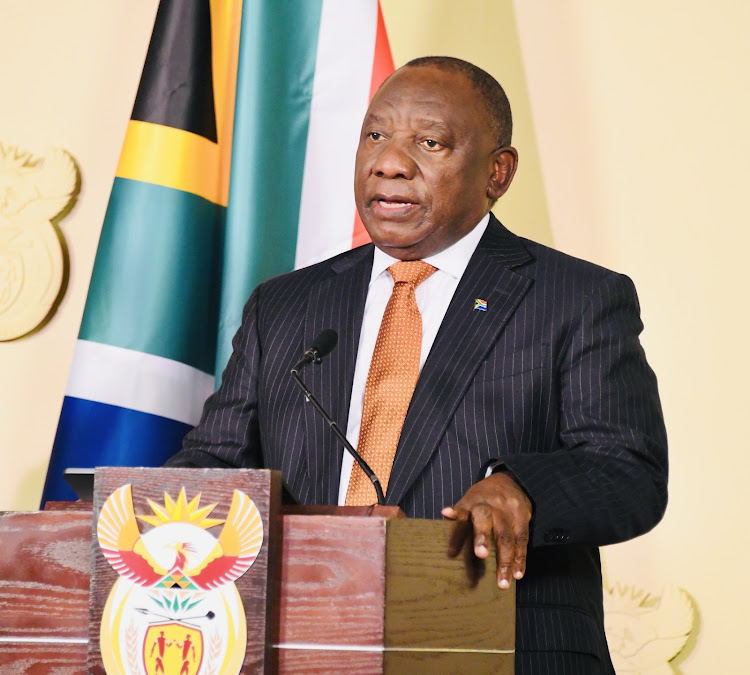 President Cyril Ramaphosa addressed the nation on Friday evening, acknowledging the human and economic damage wrought over the past week and promised he would “stamp out every last ember” of the fires that have raged across KwaZulu-Natal and Gauteng.

The public disorder and mayhem of the past seven days has seen 212 lives lost and over 2,550 arrested. In the process 161 malls and shopping centres have been extensively damaged as well as 11 warehouses, eight factories and 161 liquor outlets and distributors, said Ramaphosa.

The violence was not spontaneous but orchestrated by individuals seeking to destroy the constitutional order on the “pretext of a political grievance” a clear reference to the arrest of former president Jacob Zuma 10 days ago.

“It is clear now that the events of the past week were nothing less than a deliberate, coordinated and well-planned attack on our democracy. The current instability and ongoing incitement to violence constitutes a direct contravention of the constitution and the rule of law.

These actions are intended to cripple the economy, cause social instability and severely weaken — or even dislodge — the democratic state. Using the pretext of a political grievance, those behind these acts have sought to provoke a popular insurrection,” said Ramaphosa.

The fact that the chaos had not spread to other provinces and the commitment of citizens to stand up against it, meant that the attempt at insurrection had failed, he said.

Ramaphosa conceded however that government’s response had been insufficient and too slow. Government was “poorly prepared for an orchestrated campaign of public violence, destruction and sabotage of this nature” and thorough assessment will be made of what had gone wrong.

He promised that all perpetrators would be tracked down and brought to book.

The speech came only hours after Thulani Dlomo, the man knows as “Jacob Zuma’s spy” who was named by deputy minister of intelligence Zizi Kodwa as one of the instigators, reported to police with his lawyer to establish whether there was a case against him. Dlomo said afterwards he had been informed by police that nothing was pending against him. He was not arrested.

Ramaphosa promised relief for affected businesses and communities, including immediate assistance to those in northern KwaZulu-Natal who have been left without food after shops in Eshowe were destroyed. Assistance will be going directly to Ulundi he said, the seat of the Zulu Royal House and a region regarded as loyal to Jacob Zuma.

As well as food assistance, the national treasury is developing a package of relief for approval by the cabinet.

“Social partners have been meeting to discuss a range of measures which can be implemented to provide immediate relief within our fiscal means. This includes the provision of emergency food relief and other assistance to those in greatest distress. We will also help our small businesses, including those in townships and rural areas, to heal from the damage they have suffered.

“Our business people provide important goods and services in our communities, and we will help them to rebuild their businesses,” said Ramaphosa.

PODCAST | What will is take for SA's businesses to recover?

In this edition of the Business Day Spotlight, we talk about what it will take for SA to recover from this week’s riots and unrest
Economy
2 weeks ago