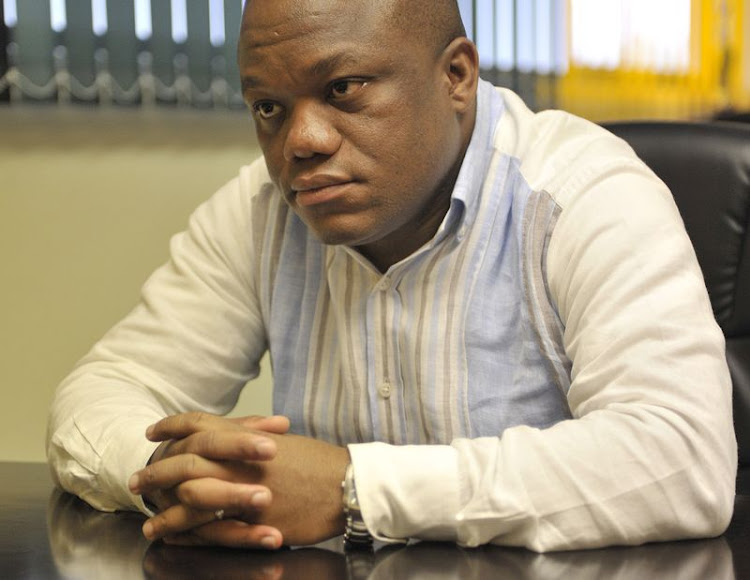 KwaZulu-Natal premier Sihle Zikalala has come under fire for assaulting someone believed to be linked to a looting incident. Picture: GETTY

KwaZulu-Natal premier Sihle Zikalala issued an apology for the level of force used to apprehend an alleged looter, in a video which was broadcast on Thursday.

Zikalala was condemned widely for assaulting a young man believed to be linked to a looting incident in Phoenix.

In a statement on Thursday, his office said they had noted the video and he “apologises unequivocally” about the incident.

“The premier regrets the level of force used in apprehending a looter, who was attempting to make off with goods that had been stolen from a nearby warehouse. While the action of apprehending a resisting looter is justified, the manner in which this was done is deeply regretted,” it said in a statement.

The premier believes that public violence has no place in society.

“The premier apologises for this incident. The premier believes that public violence has no place in society and in the same spirit, those who commit acts of destruction do not share in the values of our nation.

“Once again, we call upon all the people of KwaZulu-Natal to stand united in our diversity and begin our rebuilding programme.”

Zikalala was in Riverhorse Valley, north of Durban, on Wednesday, where hundreds of looters had been targeting warehouses, trucks and businesses since Sunday.

A large SAPS and metro police contingent accompanied the premier, together with a handful of soldiers.

Shortly after the premier left the area, police fired rubber bullets, teargas and stun grenades at people who had targeted a truck understood to have been carrying electronic goods.

Social media users slammed Zikalala after a video screened on Newzroom Afrika on Thursday in which a man, believed to be a looter, is caught and hit on the back. The young man, however, manages to escape. and flee.

Sihle Zikalala is outrightly foolish and must be held accountable for mob justice and vigilantism.
He’s legitimating thugs and criminals who think they are permitted to assault and kill people in Phoenix and other pets of KZN. He’s a fool! pic.twitter.com/Aei09ZPPZm

One user asked why the premier assaulted the man instead of arresting him, while another called for his suspension.

Another said: “Sihle Zikalala failed dismally to lead KZN. How does a premier who has access to intelligence and law enforcement agencies end up at this level of assaulting a looter? This clip captures a failure of leadership on many fronts. A guy being assaulted did not burn chemist [sic] plant.”

Phoenix residents say they have been hard hit during rioting and looting in the past few days, without police protection. They have been repeatedly calling for the army to intervene.

WATCH| A delegation of police and metro police members fire stun grenades and rubber bullets at looters in Queen Nandi Drive. For the past two days this area has been a stronghold for people looting warehouses, trucks and businesses. #ShutdownSA @TimesLIVE pic.twitter.com/m4b1PLIQN7

Sasria says it is sufficiently capitalised to settle unrest claims