This follows violent looting and rioting in KwaZulu-Natal and Gauteng 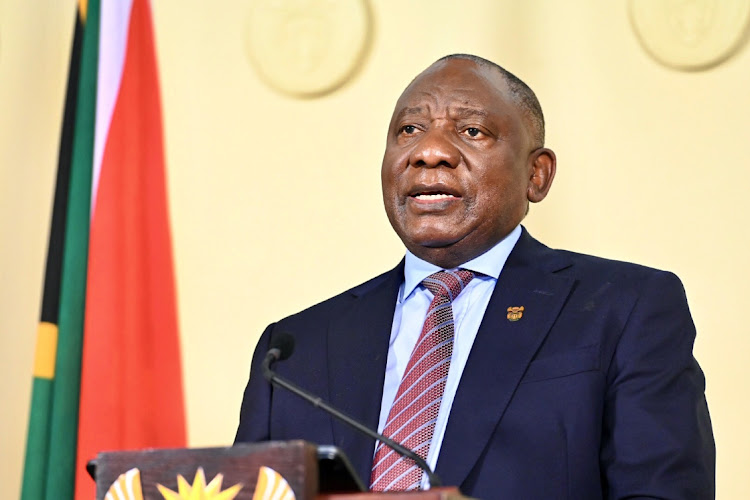 President Cyril Ramaphosa will address the nation on Monday night following violent scenes in provinces across the country, acting minister in the presidency Khumbudzo Ntshavheni has confirmed.

The cabinet has taken a decision to deploy members of the military in KwaZulu-Natal and Gauteng in the wake of the protests against the incarceration of former president Jacob Zuma.

The widespread protests‚ which have degenerated into the looting and torching of shops and trucks‚ has attracted the attention of the cabinet. The address on Monday night comes a day after Ramaphosa announced the country would remain on adjusted lockdown level 4.

In his address‚ Ramaphosa condemned the ongoing violence: “In the past few days we have seen sporadic but increasingly violent protests in some parts of the country. Key infrastructure like national roads have been affected‚ slowing down the transportation of goods and services that keep our economy running.

“Property has been destroyed. Cars have been stoned. People have been intimidated and threatened‚ and some have even been hurt. These acts are endangering lives and damaging our efforts to rebuild the economy.

“Our constitution guarantees everyone’s right to freely express themselves and to engage in peaceful protest. While there are those who may be hurt and angry at this moment‚ there can never be any justification for such violent‚ destructive and disruptive actions,” the president said.

Ramaphosa said he was particularly worried that some of the violence was “based on ethnic mobilisation”.

“Since the advent of democracy‚ institutions like the Constitutional Court have been at the forefront of improving the lives of South Africans,” Ramaphosa said.

“Let us be clear‚ as a nation‚ that we will not tolerate acts of criminality. Those who are involved in acts of violence will be arrested and prosecuted. Those found guilty of breaking the lockdown regulations will receive the stipulated penalty. This will be done without fear or favour‚” Ramaphosa said.

Gauteng, Mpumalanga and the Eastern Cape hit by unrest as President Cyril Ramaphosa calls for calm
National
3 weeks ago
Next Article