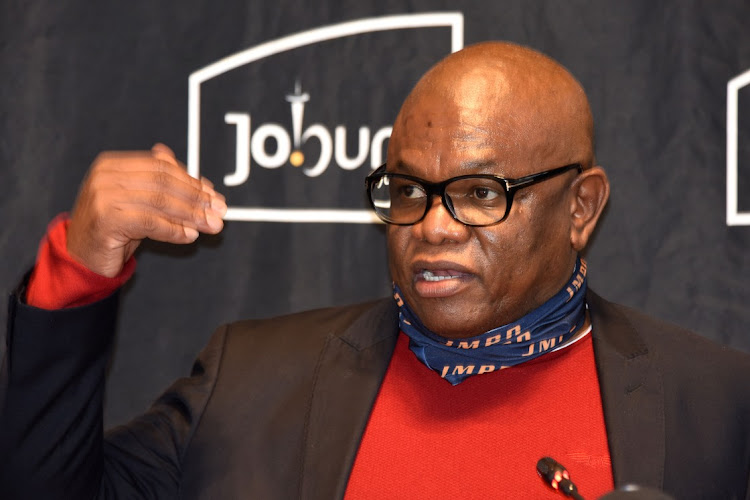 Matongo told Business Day: “It’s confirmed, he has passed on this morning. He was in hospital due to Covid-19. He did not make it.”

In a media statement on Friday, Joburg acting mayor and MMC for health and social development Eunice Mgcina said: “It is my sad duty to confirm that the executive mayor of the City of Johannesburg, Geoffrey Makhubo, has indeed succumbed to Covid-19. Makhubo passed on this morning, July 9 2021, after being in hospital for a while.

“We had hoped that the executive mayor would beat the virus and return to work and lead the city as we face this pandemic that has devastated lives and livelihoods. Sadly, it was not to be. Our heartfelt condolences go to his wife, daughters, mother and the rest of his family, friends and comrades.”

She said the office of the executive mayor and council speaker would announce further details in due course. Makhubo’s family has requested privacy and space “as they process the untimely passing of one of their own”. Mourners are discouraged from gathering at Makhubo’s home.

Labour federation Cosatu said Makhubo worked well with Cosatu and would consult on “deployments, policy direction, and challenges in the city”.

“The IFP extends its deepest condolences to mayor Makhubo's family, friends, colleagues and all his comrades in the ANC. His loss is felt not only by members of his family and his political organisation, but by all citizens of the City of Johannesburg.”

On July 3, Makhubo’s spokesperson, Mlimandlela Ndamase announced that Makhubo, who tested positive in June, had been hospitalised for Covid-19 complications