High court finds ANC’s “precautionary” suspension of Secretary-General Ace Magashule was lawful, and that his purported suspension of party leader President Cyril Ramaphosa did not comply with the party’s step-aside rule 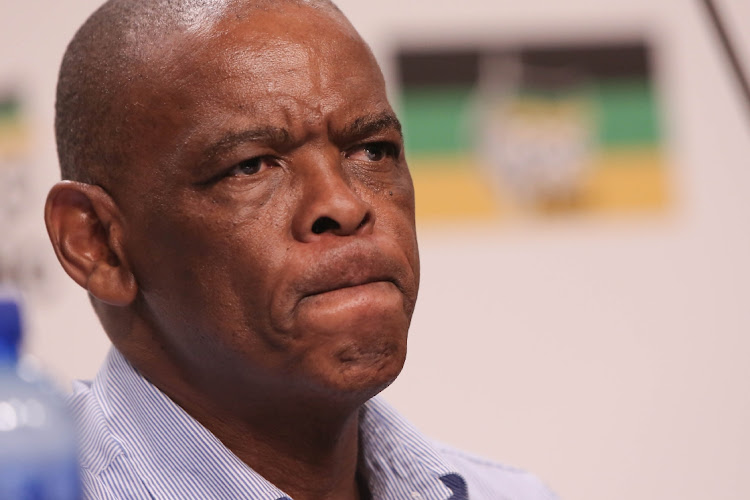 The high court has ruled the ANC’s suspension of Secretary-General Ace Magashule is in line with the party’s constitution and that of the country. Magashule has previously indicated he would appeal if he lost the case.

Friday’s order dismissing Magashule’s application, with costs, was handed down after arguments before the court in late June. Judges Jody Kollapen, Edwin Molahlehi and Sharise Weiner heard the matter and agreed to dismiss Magashule’s case.

The full bench ruled that the ANC’s decision to suspend Magashule, as detailed in a letter dated May 5, was effected in terms of the ANC constitution, that it was precautionary in nature, and that it complied with the relevant law on precautionary suspensions.

“It is clear that recognition by the ANC of the nature and the extent of corruption and its impact on society and on the ANC triggered the need for decisive action by the party. “On this score, there appears to be no dispute between the parties,” Kollapen said.

The judges found that the ANC had created adequate models and mechanisms to suit its structures and needs. They noted that Magashule was involved in passing ANC resolutions against corruption, which were foregrounded at the party’s 54th National Conference in December 2017.

“We have also satisfied ourselves that his suspension accorded with the principles of natural justice,” said Kollapen.

The court noted that Magashule participated in ANC meetings on sanctions for members charged with crimes including corruption. It found he had enjoyed the right of reply, which is a principle of natural justice, since Magashule addressed the ANC’s Integrity Committee.

“It is largely left to the ANC to best regulate its internal functioning. This is what members of the ANC sign on to when they elect to be part of the ANC. And this is the glue, as it were, that binds them together,” Kollapen said.

“It is a choice that the court must respect within the limits we have described, but it is also a choice that has consequences for each member in the context of their associational rights.”

Advocate Dali Mpofu represented Magashule while Wim Trengove spoke for the respondents when the three judges heard arguments in late June. There was a poor turnout in support of Magashule at the South Gauteng High Court, however, and ANC officials discouraged crowds in light of Covid-19 regulations.

Party leader President Cyril Ramaphosa was cited in his personal capacity and as head of the ANC. That means Magashule took legal aim at him individually and in terms of his party function. Deputy secretary-general Jessie Duarte was only cited in her official capacity. The ANC was the third respondent.

In response to Mpofu’s assertion that the step-aside rule had been trumped up to target Magashule, Trengove said rule had been applied against several offending ANC members. The judges agreed with Trengove’s argument that Duarte had the delegated authority to issue Magashule’s suspension letter. For Magashule to have done so himself would have created a conflict of interest, Kollapen said.

The court rejected Magashule’s purported suspension of Ramaphosa, in a letter dated May 3. It found that the grounds on which Magashule sought to suspend him were not aligned to the requirements of Rule 25.70 — that the relevant member was indicted for an alleged offence, such as corruption.

The court found “no basis” to confirm Magashule’s purported suspension of Ramaphosa: “We pointed out that the mandatory requirements to effect such a suspension in terms of Rule 25.70, amongst them that he had been indicted, were absent,” Kollapen said.

“There could therefore be no basis to activate Rule 25.70 as Mr Magashule purported to do in support of his decision to suspend Mr Ramaphosa,” said Kollapen. Speaking outside the court in late June, Magashule said whoever lost the case was likely to appeal.

At the time of publication, phone calls by Business Day to Magashule did not connect.

Read the full judgment below.

Magashule not the sole target of step-aside rule, says Trengove

Magashule not the sole target of step-aside rule, says Trengove