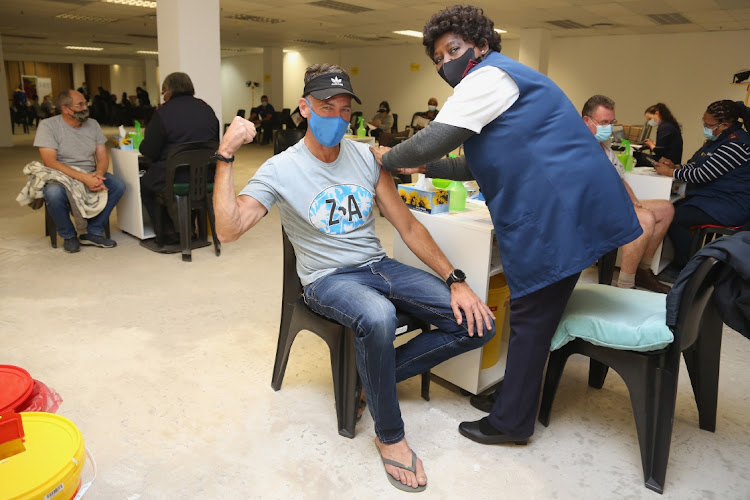 Johannesburg — South Africans are hesitant about having Covid-19 vaccinations despite the increasing fatality rate in the country.

SA deaths from the virus rose 72% week-on-week as of Monday, according to data compiled by Bloomberg, the fifth-fastest worldwide and behind only Zimbabwe on the continent. Yet a lack of communication, coupled with anti-vaccine propaganda, may be responsible for daily doses languishing almost 50% below President Cyril Ramaphosa’s target, health experts warn.

“There is definitely vaccine hesitancy,” said Vicky Baillie, a senior researcher at the Wits Vaccines and Infectious Diseases Analytics unit which ran local trials for the AstraZeneca and Novavax doses. “I’ve spoken to a lot of people who just don’t understand the information that’s available, but if you talk them through the information they 100% come around.”

SA’s vaccine programme has suffered numerous setbacks, of which wariness among the over-60 priority group is just one. The government was slow to place orders when other countries were stocking up last year, opting not to use the AstraZeneca vaccination after adverse trial results, while deliveries from Johnson & Johnson were delayed after a manufacturing glitch.

Public vaccine sites also remain largely closed at the weekend, drawing widespread criticism, and just over 3.6-million doses have been administered to a population of about 60-million. The daily figure was almost 165,000 on Tuesday, compared with what Ramaphosa has said is a target of 300,000.

“I think what makes me afraid to take the vaccine, is that at this age, no doctor has ever said to me that I was sick,” Dullice Peterson, 93, said by phone from the southern Johannesburg district of Eldorado Park. “What’s scary about the vaccine is that you don’t know what it is and what it’s made of.”

More information could help her decide, she said, adding that word of mouth was a chief source of information.

As in many other parts of the world, a prominent driver of vaccine hesitancy is social media messaging that says the doses aren’t safe or don’t work, Ramaphosa said in an address to the nation on June 27. “Please consider the harm you may be causing,” he said, urging people to “think long and hard before you press share or send”.

Yet the government — and the president himself — could be working a lot harder to communicate the efficacy of the double-dose Pfizer and single-shot J&J versions being used, according to Jeffrey Mphahlele, vice-president for research at the SA Medical Research Council.

“I don’t feel the communication from government is coming out strong — I would like to hear more voices,” he said. Ramaphosa “should seize the moment every time he is in public to really emphasise the importance of vaccination”.

Still, there are signs the country’s roll out could accelerate — even if it’s largely too late to address the ongoing third wave. Over-50s became eligible this week, and news reports showed long queues at sites in Johannesburg despite winter temperatures.

Most public vaccine sites now accept registered walk-ins, having dropped an earlier system that asked for people to wait for an appointment, while about 4.5-million delivered doses have yet to be administered.

For Peterson, who grew up in the township of Alexandra and has six children and 30 grandchildren, she’s looking to the younger generation to lead the way.

“What will make me take the vaccine is if my children say to me ‘mummy, we feel you must take the vaccination — at your age and at this time do not take chances’.”

Vaccine queue jumping for sake of the economy, says official

But the Health Justice Initiative says the most ‘shameful thing is they are making allowances for premiers, MECs and a few students but not for a ...
National
3 weeks ago

Look to the Global South for novel vaccines

SPONSORED | ‘Wits scholars have the opportunity to lead from the perspective of the Global South, using their distinct expertise, location and ...
Companies
3 weeks ago
Next Article