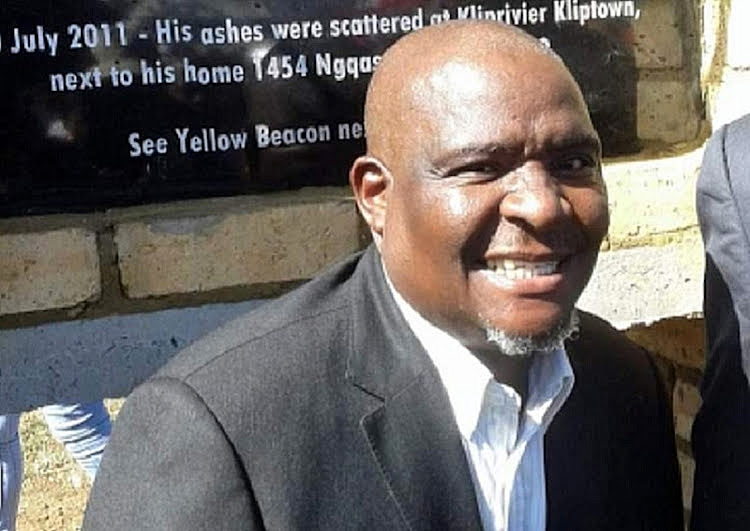 Friends, family and leaders in the political and business communities have described businessman Khehla Mthembu as a selfless leader who loved people.

Mthembu, a former president of the Azanian People’s Organisation (Azapo), died from Covid-19-related complications at the Chris Hani Baragwanath Academic Hospital in Soweto early on Wednesday. He was 67.

“My brother has passed away in hospital due to Covid-19. We got the message this morning. He has been in hospital since last week Sunday,” said his brother-in-law, Ishmael Mkhabela.

Azapo secretary-general Zithulele Cindi said a message from a family member on Tuesday had given them hope that Mthembu would recover.

“We got a message yesterday from the family that he has been in hospital for a week and he will be discharged in a day or two ... only to hear this morning that he is gone. We are still shocked. We have not yet internalised this,” said Cindi.

Cindi said Mthembu was “easy-going and fun to be around”. His death due to health complications linked to Covid-19 follows those of other leading business executives, including Peter Matlare in March and Jabu Mabuza in June.

“We will remember him as a stalwart of our movement because [of his past service] in our structures.

“We have lost one of the sharpest minds that came from the black consciousness movement. He had a great sense of humour and was great company to keep, which made it easy for all people, young and old, to relate with him. He valued a person’s intellectual mind more than their age.”

“He was a good person who loved life and people. He always taught us that we should do things for people,” said Makhado.

Mthembu’s son, Qiniselani, described him as a loving and present father who was a kind gentleman and great leader, not only in the family but the broader community.

At the time of his passing, Mthembu was running his consulting companies in the leisure and hospitality industries.

Gauteng human settlements MEC Lebogang Maile said on    Facebook Mthembu was a legend and trailblazer who inspired many generations.

Mthembu was also serving as City Power board member.

He is survived by eight children.

Widely respected in the legal fraternity, Legh played a leading role in the work of B4SA
National
4 weeks ago

The 63-year-old entrepreneur, who died of Covid-19 complications last week, will be buried in Mpumalanga on Wednesday
National
1 month ago
Next Article

Peter Matlare: Versatile leader who won over Africa for Absa 1960-2021

MARIA RAMOS: Farewell to one of our finest Peter Matlare

Peter Matlare: Versatile leader who won over Africa for Absa 1960-2021

MARIA RAMOS: Farewell to one of our finest Peter Matlare