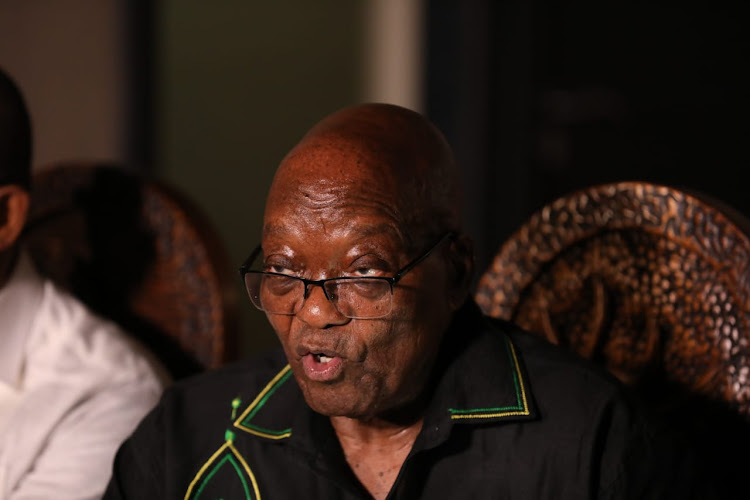 Former president Jacob Zuma made an eleventh-hour appeal on Wednesday night to stop his impending arrest.

Zuma, through his lawyers, Ntanga Nkuhlu Attorneys, wrote to acting chief justice Raymond Zondo asking him to issue a directive stopping the police from arresting him as the midnight deadline looms.

The Jacob Zuma Foundation confirmed that lawyers had submitted the letter.

The Foundation wishes to inform the Nation that a letter has been sent to the Constitutional Court to issue a directive prohibiting the execution of the Arrest Order pending the outcome of all legal processes.#WenzenuZuma

Last week the Constitutional Court ordered that Zuma spend 15 months in jail after finding him guilty of contempt when he openly defied the apex court’s order that he appear at the state capture commission.

After the judgment, Zuma was given five days to hand himself over — a deadline that expired on Sunday — failing which, police were told to arrest him by the end of Wednesday.

In the letter to Zondo, dated July 7, Zuma asks for the police to be stopped from arresting him pending his rescission application to the Constitutional Court, which is scheduled to be heard next week, and an application before the Pietermaritzburg high court in which judgment is expected on Friday.

The letter states that the SAPS “has indicated that it will be executing” the top court’s orders “tonight by midnight” despite the pending high court judgment.

Zuma believes that making the arrest now would be a “prejudice” to his life should the high court on Friday rule in his favour and stay his arrest.

“We understand that the Constitutional Court may direct the suspension of its orders, which, if granted, would be binding on the high court to prevent our client from being arrested before all legal processes being finalised. We await your urgent response,” the letter reads.

This letter comes amid a hive of activity in KwaZulu-Natal as the police prepare to arrest Zuma ahead of the midnight deadline.​

Shortly after 5pm on Wednesday, the Jacob Zuma Foundation tweeted that it was “very concerned about unfolding developments and monitoring the situation very closely”, and that its lawyers were “in touch with the relevant authorities”.

The one-time director-general in the presidency believes the former president’s impending arrest is an important moment in SA’s fight against ...
National
1 year ago