Former president blames his woes on a string of foes, including Zondo and Madonsela, and insists he is innocent 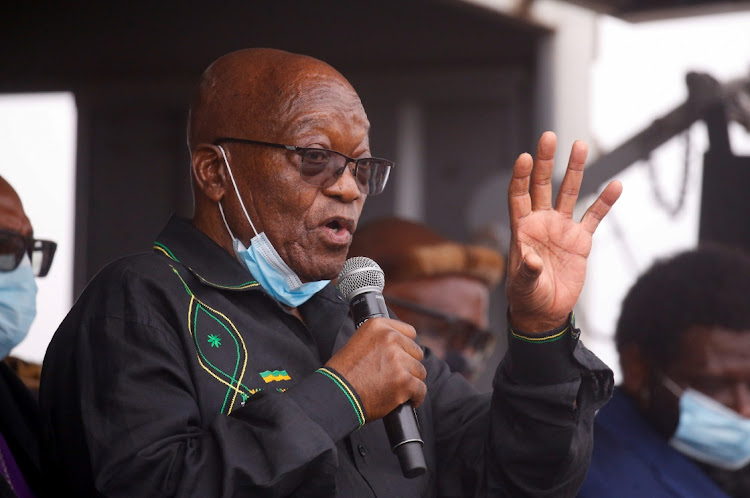 Zuma was addressing thousands of his supporters gathered at his home in Nkandla. This comes after Zuma was sentenced by the Constitutional Court to 15 months in jail for contempt of court after his defiance of an order to appear at the Zondo inquiry.

Zuma said he was innocent and pinned his sentencing on Zondo, saying the court proceedings could have been avoided if the deputy chief justice had recused himself from hearing the former president’s evidence at the commission.

According to him, things got out of control when the apex court agreed to be the court of first instance in hearing the state capture inquiry case to force him to appear. Zuma said he had hoped Constitutional Court judges would dismiss the application. This, he said, triggered his decision to disregard what the court had decided as he believed they were trampling on his right by protecting Zondo, one of their colleagues.

“This whole thing was never supposed to happen. My biggest sin was me pointing out that Zondo is biased [against] me, which is my legal right,” said Zuma. “It was one thing when I was saying he was biased but when he went to court to force me [to testify], that to me was a sign that he was abusing his power.”

“That lady [Madonsela] took away powers of the president, who is the only person constitutionally empowered to set up a judicial inquiry. She said the commission chairperson must be appointed by the chief justice, which is against the law,” he said.

Zuma said he took exception to the Constitutional Court admitting the state capture inquiry case to enforce a summons on him.

“When he [Zondo] went to the apex court to force me to appear despite my insistence that he was biased, I became hopeful that his colleagues were wise men and women who would tell him that he was wrong, he must start from the lower courts.

“But they entertained him and ruled that I must forcefully go appear before Zondo, and they added that I had no right to remain silent. When they said that, I decided it was game on. Having my right that is enshrined in the constitution being taken away from me by justices of the highest court showed me that they were ganging up on me with him [Zondo].

“That is when I decided to defy them too because I fought for my rights in the front lines of the struggle. Let me leave it at that before I lose my cool.”

Zuma was on stage with ANC national executive committee member Tony Yengeni as well as the party’s suspended secretary-general Ace Magashule, who arrived midway through the speech.

Magashule, addressing Zuma’s supporters, on Sunday incited ANC branches and deployees to disregard party instructions and “listen only to us”.

He instructed ANC branches to show the middle finger to party authorities if called upon to dissolve. He added that ANC deployees, such as MPs, must reject any instruction to step aside from their positions. Instead, Magashule said, ANC members must listen only to him and his faction.

“Do not be scared, comrades. Please remain resolute. When they disband today, you must tell them ‘we are a branch’ and when they take you out of parliament you must remain and say, ‘I am not going anywhere’.

“When we talk one day you must listen to us because we shall have consulted each and every branch,” Magashule said.

The weekend NEC meeting has been postponed so party leaders can try to persuade Jacob Zuma to report to jail, but Zuma is fighting back
National
6 months ago