Widely respected in the legal fraternity, Legh played a leading role in the work of B4SA 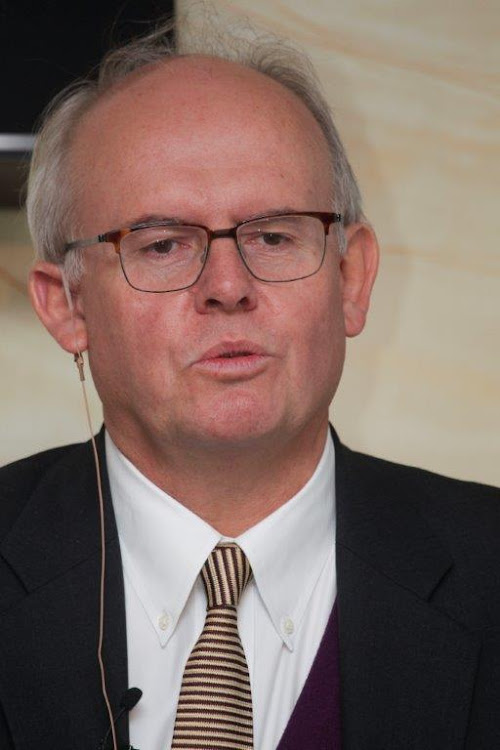 The Covid-19 pandemic has snatched the life of leading lawyer  Rob Legh, the chair and senior partner of law firm Bowmans who played a significant role in the work of Business For SA (B4SA).

Legh, 59, passed away on Thursday night after a two month hospitalisation for Covid-19, most of it spent in ICU.

A widely respected pioneer in the field of competition law acting in several high profile cases, Legh led Bowmans for seven years as chair extending the firm’s reach into the rest of the continent and consolidating its position as a leading law firm.

As member of the B4SA, which was established by business to help mitigate the effects of the pandemic, Legh played a dominant role over the past 15 months in negotiating and fine-tuning the Temporary Employer/Employee Relief Scheme (Ters), which proved a vital lifeline for millions of workers prevented from working by the hard lockdown.

Business Unity SA vice-president and B4SA steering committee chair Martin Kingston said friends, family, colleagues and clients were “devastated” by Legh’s death which was a huge loss to the country and the business community among others.

Kingston said he had worked with Legh extensively and found him a “profoundly competent and insightful lawyer with a very diverse experience”. A keen strategist, he was a thoughtful and principled adviser with a wry sense of humour.

Kingston said as leader of the labour market work stream in B4SA Legh had played an extraordinarily important role, displaying tenaciousness and relentlessness in ensuring that those who had been disadvantaged by the pandemic were taken into consideration. He worked long hours in doing this while also performing his duties as Bowman chair. His principles, personality and diplomacy in relating to the various social partners was a “huge asset” to organised business.

Well-read, well-travelled and with an open mind, Legh had a broad range of interests, top of the list being his passion for golf in which he was both a gracious winner and good loser, Kingston said.

Trade, industry &d competition minister Ebrahim Patel said Legh was a true patriot with a deep love for his country and his passing was a real loss to the business community. “He was a true gentleman, a kind and humble man and deeply caring of people,” Patel said, noting that he had worked closely with Legh in 2018 on the Competition Amendment Bill, where he represented the business community. The minister said Legh had helped to shape competition law jurisprudence in SA and had advised the ministry on a pro-bono basis last year on industry matters.

Legh joined Bowmans as a candidate attorney in 1986, became a partner in 1992 and was chair for seven years.

Bowmans deputy chair Ezra Davids noted that “one of his greatest accomplishments as chair was to consolidate our position as a leading pan-African law firm. He drove the strategy of expanding into the rest of the continent pretty hard. He was probably the leading competition lawyer in SA and was involved in some of the most seminal competition law cases in SA”.

Legh started the competition practice at Bowmans in 1998.

Davids emphasised what other people also remarked upon, namely that Legh was a patriot, which was demonstrated by his commitment to B4SA activities which in no way compromised his role as chair of the firm.

Webber Wentzel chair and senior partner Christo Els, a close friend and colleague of Legh for many years said Legh was “a truly incredibly wonderful person. He was incredibly warm, and witty and funny — a really great person.

“He cared really deeply about the country and desired to make it a better place. He put his mind, his heart and his efforts behind this. He will leave a significant hole. He was very highly respected in the legal fraternity; he was a very good lawyer.”

In a message to senior Webber Wentzel staff Els wrote that “Rob made a significant contribution to the legal profession and his life has had a direct influence on so many of us. While Rob’s work is now done, it will never be forgotten.

“For those of us that had the privilege of calling him ‘friend’ outside of work, we were inspired by his kindness and compassion to everyone around him. He changed the dynamic wherever he was, with his sense of humour, intelligence and vision. Rob was also a true friend of the firm — I often discussed matters of mutual concern with him, and he was always willing to assist and support our firm in legal matters. We will all miss him dearly.”

Sectors that are not fully operational, including tourism, hospitality and the liquor industry, will benefit from the extension
National
1 year ago

Ters payments resume after another delay

This was because the auditor-general was looking into problems with the Unemployment Insurance Fund, which funds the Ters system
National
1 year ago
Next Article

Business and labour want income support for workers and enterprises during ...

Business and labour want income support for workers and enterprises during ...