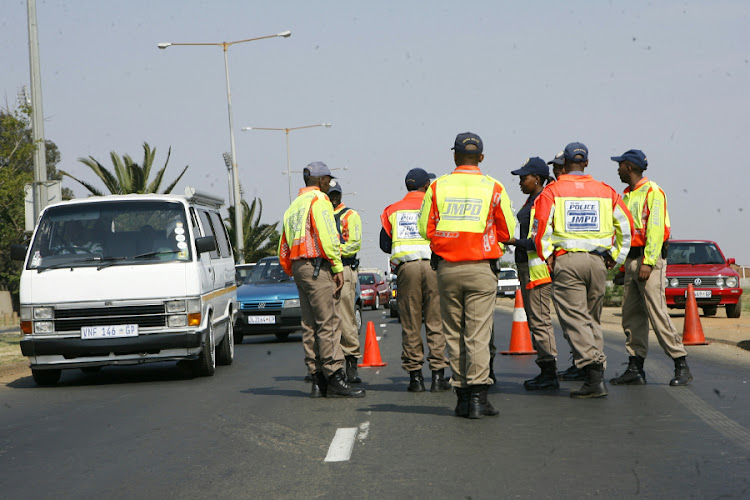 FURORE: Metro police conduct a road block on Chris Hani Road in Soweto. Fines in Gauteng are much lower than in the Western Cape, where many fines have been doubled and trebled. Picture: SOWETAN

SA’s road deaths, which average 14,000 every year and are among the highest in the world, have been described as a national crisis. Besides the staggering human death toll, the economic cost of fatal accidents is estimated at R200bn. This is why the Administrative Adjudication of Road Traffic Offences Act (Aarto) was written — to change the ways of bad drivers.

It’s been partially trialled in Johannesburg and Tshwane for over a decade. Critics say it’s more about making money than road safety, but Aarto is meant to improve road safety and adjudicate infringements under an administrative system to alleviate pressure on an overburdened court system.

Still, the department is determined to go ahead with the implementation of Aarto July 1.

What will happen come Thursday, and how will this affect businesses and fleets? Michael Avery spoke to Wayne Duvenage, CEO of the Organisation Undoing Tax Abuse (Outa); and Automobile Association (AA) spokesperson Layton Beard.

With July 1 looming, new nationwide traffic violations system is as clear as mud
Life
7 months ago

Only proper road safety will solve the RAF problem

It seems that Aarto focuses on punishment, rather than prevention, which is problematic
Opinion
1 year ago