Eskom should not be dealing with ‘frivolous race complaints’, MPs told 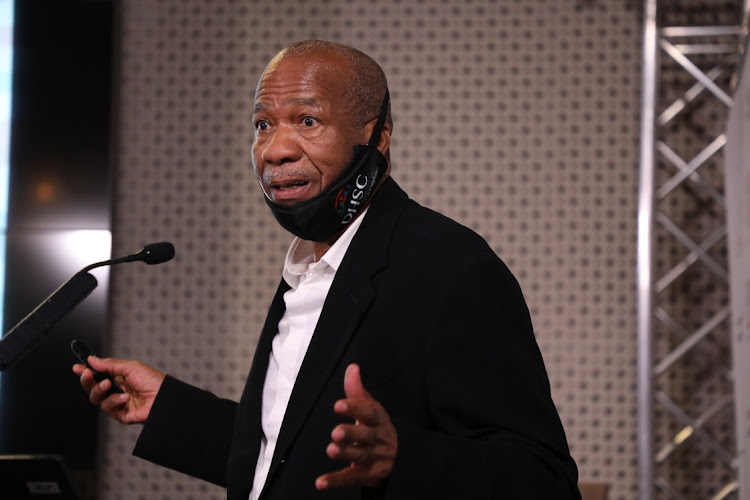 Eskom, and especially group CEO André de Ruyter, should be focusing on turning the company around instead of having to deal with “frivolous” racism allegations such as those by its former chief procurement officer Solly Tshitangano, Eskom board chair Malegapuru Makgoba says.

Makgoba told parliament’s standing committee on public accounts (Scopa) that the public’s expectations of the power utility are “too serious” for it to be left to deal with “frivolous complaints”.

Eskom was briefing the committee about the outcomes of an investigation into allegations of racism, nepotism and abuse of power against De Ruyter. He was cleared of all allegations.

In his report, advocate Ishmael Semenya said Tshitangano disavowed that he accused De Ruyter of racism regarding allegations about non-performance De Ruyter made against him.

“The report is there, clearing Mr André de Ruyter, and I think we should put our attention to the task the group CEO must do and focus on the task Eskom needs to do, which is to transform in a fundamental manner,” said Makgoba.

He said Eskom has to focus on a new, high-performance culture and stop using the race card as an excuse for any event in the organisation.

“The expectations of the public from Eskom are too serious to be left to these kinds of frivolous complaints brought by our former chief procurement officer,” said Makgoba.

Eskom’s debt reached a high of R484bn during 2020/2021. It now stands at R401bn. In the same year, Eskom received R56bn of government support, without which it would have been unable to service its debt.

Eskom’s unsustainable debt poses a serious risk to the country’s public finances and the utility. A long-term solution, in which R200bn of debt is removed from the balance sheet, is essential for Eskom to achieve long-term sustainability.

Scopa announced in March that it would hold an inquiry into allegations of racism and financial mismanagement against De Ruyter. It later suspended plans for the inquiry, to allow the Eskom-initiated inquiry to run its course.

Scopa did this at the request of public enterprises minister Pravin Gordhan to avoid parallel inquiries.

On Tuesday, EFF MP Veronica Mente said Scopa will have to conduct its own investigation on matters relating to the expenditure framework and alleged irregularities under the Public Finance Management Act at Eskom as well as finance regulations that were allegedly flouted.

“As the committee we have to continue with our own investigation on matters raised pertaining to these complaints,” Mente said, describing the matters as “very serious”.

Eskom’s procurement department, which was headed by Tshitangano, was a train wreck of profligacy
Opinion
11 months ago

Eskom has reduced its mountain of debt by R83bn, partly by paying off mature loans
National
11 months ago

Of all the restructuring of SA’s large SOEs, which has been central to the industrialisation of the country, its Eskom’s that has been the most ...
Opinion
1 year ago