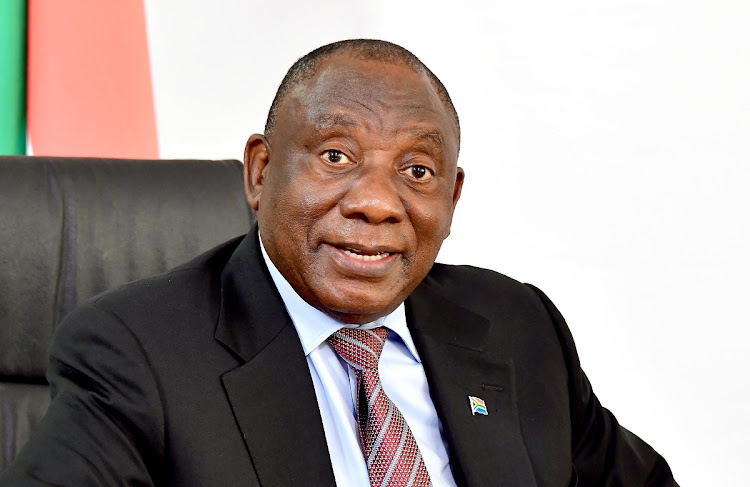 President Cyril Ramaphosa stopped short of banning alcohol sales as he moved the country’s lockdown level one notch higher to deal with a third wave of infections that’s threatening to overwhelm hospitals.

Supermarkets and other businesses selling alcohol for consumption at home will only be allowed to do so between Monday and Thursday, a restriction that's less severe than what was being recommended by scientific advisers, and something that will come as a relief to the industry. The curfew will start one hour earlier at 10pm, meaning nonessential establishments such as bars, restaurants and taverns will have to close at 9pm to allow patrons and workers to get home in time.

“We have to act decisively and move quickly to save lives,” Ramaphosa said in an address to the nation on Tuesday, noting that, with the exception of the Northern Cape, all provinces were seeing higher infections. Gauteng, SA’s economic powerhouse, accounted for two-thirds of all infections and will surpass the peak of the second wave “in a matter of days”, he said.

Ramaphosa also tightened restrictions on the number of people allowed to gather together, with just 50 allowed to do so indoors, and double that outside. SA was previously on level 2 restrictions, which allowed as many as 100 people to gather indoors and 250 outside.

The cabinet took the decision under the National Disaster Act after getting recommendations from the National Coronavirus Command Council (NCCC), a body set up in 2020 to consider inputs from health experts and oversee the implementation of decisions.

Ramaphosa, who admitted that the government had made mistakes along the way, said its approach was motivated by a need to ensure that restrictions were proportionate, not so severe to cause economic damage, but also not to be so lax that the country lost control of the virus.

“We are facing a grave emergency but if we act together and act now we will overcome it,” Ramaphosa said.

The renewed restrictions come as the government is under scrutiny for a slow rollout of its vaccination programme, which has reached about 2-million people, including about 500,000 healthcare workers,  of the 60-million population. SA is a laggard even among similar-size economies. Not only will that potentially lead to more loss of life,  it has exposed an economy that shrank 7% in 2020 and lost more than 1-million jobs to more damaging lockdowns.

Business for SA, a grouping formed to assist SA’s Covid-19 response, said in May providing vaccines for 5.4-million South Africans aged over 60 years would prevent up to 40,000 deaths. The programme has been thwarted by setbacks including a study that questioned the efficacy of the AstraZeneca vaccine against the variant dominant in SA, while 2-million Johnson & Johnson (J&J) single-dose jabs were lost due to a contamination scandal in the US where a key ingredient was produced.

Ramaphosa said the programme, so far largely reliant on Pfizer/BioNTech jabs, was picking up pace and had reached 80,000 inoculations a day. The problems with J&J have been resolved and the 2-million lost vaccines will be replaced by the end of the month. The country had the capacity to do 150,000 inoculations a day, was planning to increase that to 250,000, and would try to reach 300,000, he said, while calling on those over 60 years of age to get registered.

Lower rates of infection among healthcare workers, most of whom had received J&J jabs during the Sisonke trial, showed that vaccines work, Ramaphosa said.

In an advisory submitted to acting health minister Mmamoloko Kubayi-Ngubane, the Ministerial Advisory Committee on Covid-19 had recommended similar restrictions to those implemented in December during the second wave of infections, which included a total ban on alcohol sales as government argued this was necessary to free up trauma beds.

The industry is likely to greet the light touch on restrictions with relief. Previous outright bans prompted legal action from key players including SAB, owned by the world’s biggest brewer, AB InBev. Relations have since improved with Heineken, the world’s second-largest brewer, having made a bid for Distell that could be worth more than R30bn.

“It has been exactly 15 months since we declared a national state of disaster” and it was understandable that many people felt “tired and weary”, Ramaphosa said. “I understand that many are frustrated by the constraints on their freedoms but we also know these restrictions have been effective.”