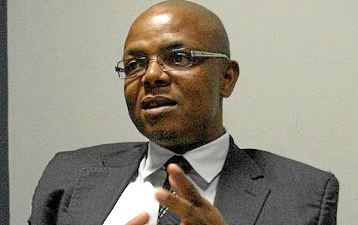 Unemployment Insurance Fund (UIF) commissioner Teboho Maruping’s suspension may have been lifted, but he is still barred from returning to his job.

Employment & labour deputy minister Boitumelo Moloi told parliament on Tuesday that despite the lifting of the suspension, the commissioner is yet to officially report for duty in his position.

“Yes, we have officials who are back. But ... the commissioner is not yet back at the fund, but he reports to the office of the DG [director-general] ... until the recommendations of the SIU [Special Investigating Unit] have been implemented,” said Moloi.

“During the investigations by the SIU, the suspensions happened because we didn’t want officials to interfere with the investigation and therefore we said we would act after having received a report. The SIU has since finalised their investigations and have made recommendations that we are implementing,” said Moloi.

“Charges have been issued to those that have something to answer for at this point. We are finalising the other matters raised on the recommendations of the SIU report.”

She would not divulge the recommendations of the SIU, or whether Maruping would be facing a disciplinary hearing.

The UIF boss was placed on suspension last year after irregularities were uncovered in the disbursement of the Covid-19 Temporary Employer/Employee Relief Scheme (Ters).

The Ters, which the UIF administered, was established by employment & labour minister Thulas Nxesi in March 2020 to provide relief to those in formal employment expected to lose their income due to the Covid-19 lockdown.

It was one of the main pillars of the R500bn social and economic support package for SA announced by President Cyril Ramaphosa in April 2020.

But it soon became entangled in corruption allegations with claims of ghost workers being paid and bona fide workers struggling to get relief. Further revelations were that inmates, dead people and even under-aged people also benefited from the scheme.

Maruping, with CEO Fezeka Puzi and chief operations officer Judith Kumbi, were placed on suspension while the SIU investigated irregular payments amounting to millions of rand.

The SIU investigation followed findings by the auditor-general that R1.3bn was paid to companies that had not submitted invoices, while some state employees who were not affected by salary cuts received money.

On Monday, department spokesperson Musa Zondi confirmed that the three suspended officials were back at work after the completion of the SIU investigation.

A probe into his and other officials’ behaviour has been completed, said spokesperson Musa Zondi
National
5 months ago