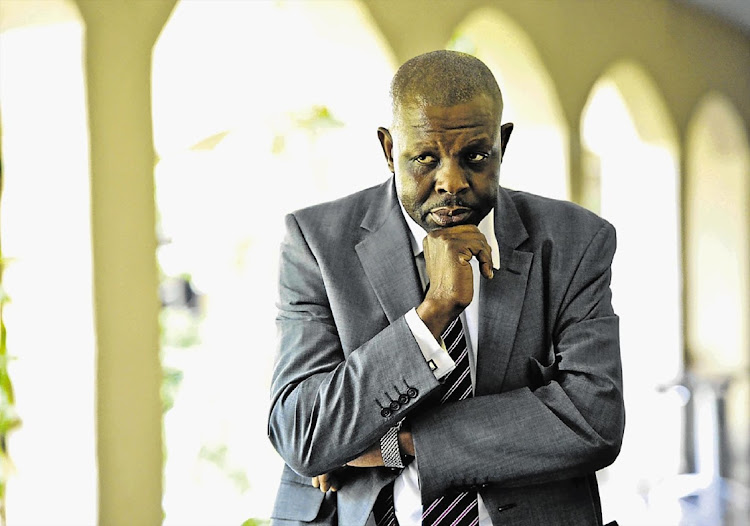 Tshepe said the JSC “deliberated” on the report of the Judicial Conduct Tribunal, which found that Hlophe had committed gross misconduct in 2008. The report related to two visits to justices of the Constitutional Court and it found that he had sought to influence them in a pending judgment connected to corruption charges against former president Jacob Zuma.

At the time Zuma was president of the ANC and it was widely believed that the judgment was crucial to whether he would go on to be president of SA.

The 13-year-old complaint by all the then-justices of the Constitutional Court was finally heard by a Judicial Conduct Tribunal in 2020. But its findings must be confirmed by the Judicial Service Commission which‚ if it agrees with the tribunal‚ would then refer Hlophe to parliament for impeachment.

In April‚ the JSC also said that it was only once a decision on this score had been made‚ that the JSC could recommend to the president that Hlophe be suspended.

Tshepe said no decision was taken on Friday about suspension and would not be drawn further on what happened during the deliberations.

The Judicial Conduct Tribunal found that Hlophe had improperly sought to influence two of the highest court’s justices‚ Bess Nkabinde and Chris Jafta‚ to violate their oaths of office.

Its report said that during two separate visits to the Constitutional Court‚ the judge president had‚ uninvited‚ raised the Zuma cases and said a number of things. He said the Supreme Court of Appeal’s judgment was wrong‚ that there was no case against Zuma‚ that Zuma was being persecuted just as he (Hlophe) has been persecuted.

To Nkabinde‚ he “bragged” about his political connections — said the tribunal — and said that people were going to lose their jobs once Zuma became president. To Jafta‚ after saying the SCA had got it wrong‚ he said the now infamous words “sesithembele kinina”.

While Hlophe had denied some of the statements that Nkabinde had alleged‚ the panel said that‚ on a balance of probabilities‚ it believed her. The tribunal’s panel — a three-person panel chaired by retired judge Joop Labuschagne — said the “irresistible” inference was an attempt to influence.

The panel also emphatically rejected Hlophe’s argument that there was nothing wrong with judges talking to each other about pending cases and that it “happens all the time”. It was acceptable as long as the judges were discussing legal principles‚ and not the facts of the case‚ Hlophe had argued.

The panel said it was “trite” that judges may not discuss the merits of a case with the judge who heard it while judgment is pending‚ unless discussion was initiated by the judge writing.

“That principle is deeply rooted in the legal profession. It is instilled through years of practice‚ either as an advocate or as an attorney‚ from whose ranks most judges are drawn.”

A judge for 13 years by then‚ Hlophe was “expected to have been aware of it‚ and on balance‚ he was”.

NICOLE FRITZ: Guilty Hlophe’s role in JSC interviews would be par for the course

Should judge president participate, he would do so under the cloud of a gross misconduct verdict
Opinion
1 month ago

Tribunal finds the judge president of the Western Cape guilty of gross misconduct, but his removal requires a two-thirds majority of MPs
National
2 months ago
Next Article