System crash at state printer must be probed, MPs say 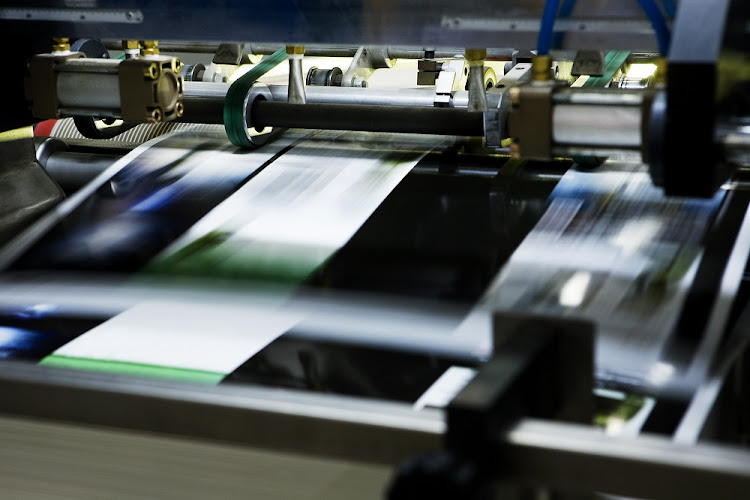 Parliament’s home affairs portfolio committee says it has recommended an investigation into the loss of data after a system crash at the Government Printing Works (GPW).

At the time home affairs minister Aaron Motsoaledi was critical of the GPW chief information officer, who he said was supposed to be an expert on information technology, but could not solve the glitch. The department had to “call people from outside [the department] to come and resolve the issue”.

The committee conducted an oversight visit at the works in Tshwane recently, where it spoke to labour representatives and management on a wide range of issues pertaining to labour relations and workplace challenges.

“Regarding human resources in the IT environment, the committee urged the GPW to develop a strategy to augment skills and capacity, to ensure sustainability in the long run,” the committee said in a statement.

“The committee also recommended a comprehensive investigation into the loss of data and system crash, which hampered production, to prevent a similar event [happening] in the future.”

Labour lawyer Michael Bagraim said without a government printer, “you can’t tell the public what’s happening. The government printer needs cash to upgrade and put better systems in and bring in skilled staff. They need specialised staff, which they can’t afford,” he said.

Bagraim said the only way to make the GPW efficient is to throw money into it. “They are a service to the country, they can’t make money, the only way is for the government to put money in. It’s sad that the government can’t run its own printing, because it wasted money on state corporations.”

During his budget vote on May 19, Motsoaledi stated that the GPW is “self-financing and is able to have surpluses despite not getting a cent from National Treasury”.

He said that despite the Covid-19 pandemic, the GPW was still able to financially hold on. “It is now extending its footprint into Sadc [Southern African Development Community] countries in the way of performing printing work for them,” Motsoaledi said.

“Earlier this year I was perturbed when GPW experienced a system down time where the data centre was hit by a power surge that damaged critical hardware. These service interruptions and data loss affected the auditing process at the GPW, frustrated the legal system of the country in that gazettes were delayed and interfered with the social and economic system of the country.”

Motsoaledi has said he has already taken steps to “get to the bottom of this problem because the facts we have point to the direction that it might not have been just an accident”.

Motsoaledi’s spokesperson, Siya Qoza, said since May 19, the minister had appointed a tribunal to look into issues at GPW.

UPDATE: May 31 2021
This story has been updated with new information.

Everything comes to a standstill, says lawyer Michael Bagraim
National
2 months ago

ARTHUR GOLDSTUCK: 'It's a printer, Jim, but not as we know it'

The e-visa system was first introduced for Kenya, then extended to China, India and Nigeria, and now to 10 other countries
National
3 weeks ago
Next Article

No salary increase for judges and magistrates

No salary increase for judges and magistrates