SIU forwards “evidence pointing to criminality” to the NPA and Hawks over a multimillion-rand deal to buy scooters, dubbed glorified wheelbarrows by the DA 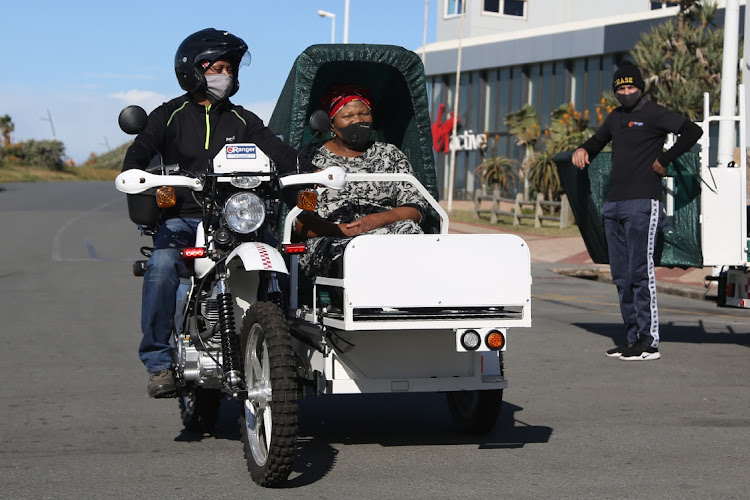 The Special Investigating Unit (SIU) has found proof of suspected criminality in a R10m tender for 100 “ambulance scooters” in the Eastern Cape. It has forwarded this evidence to the Hawks and the National Prosecuting Authority (NPA).

The corruption-busting Special Tribunal — a niche court — reviewed and set aside the Eastern Cape tender with scooter supplier Fabkomp on Friday. The contract caused public outcry in early lockdown.

The SIU deemed the tender process for the scooters “irregular, unlawful, full of dishonesty, possible collusion and was designed to favour Fabkomp.”

According to SIU spokesperson Kaiser Kganyago, the SIU approached the tribunal to stop payment of R10,148,750 last year. “We proved to the court that there is a need to block this payment,” said Kganyago.

Friday's decision completes a two-pronged civil process to halt the tender's progress. “We heard there was pressure for the money to be paid and asked for an order that no-one must be paid. The order was done,” said Kganyago.

Earlier this year the SIU persuaded the Special Tribunal to review the tender and set it aside. Now, law enforcement agencies must assess the SIU's evidence, with an eye to criminal prosecution. The tender scandal has already cost two officials their jobs.

In the same month the tribunal interdicted and restrained Gomba, Mbengashe and CFO Msulwa Daca from paying Fabkomp pending the review application, which is now complete. It marks the end of a civil process, with any criminal prosecution now up to the Hawks, then the NPA.

The scooters were unveiled to great fanfare on June 12 last year. Health minister Zweli Mkhize attended the launch, at which Brian Harmse of Fabkomp presented the vehicles. “These are not your ordinary scooters. They are specialised and have beds,” said Gomba.

Mkhize touted the scooters as “extremely versatile” and capable of transporting patients and medication. He took a spin in the passenger sidecar and hailed the ambulance scooters. Mkhize later wrote to parliament saying the scooters did not meet basic criteria to transport patients as ambulances.

“Minister Mkhize we are ensuring that just because people live in rural areas should not disadvantage them. Not any more. We are levelling the playing fields with these specialised scooters,” Gomba told Mkhize at the launch.

A month later, amid controversy, Harmse said on radio that he had not supplied “a single unit” or received pay. He insisted the scooters were akin to clinics rather than ambulances, and could operate in a rural setting. Several scooters at the launch bore bumper stickers reading “AMBULANCE”.

DA MP Siviwe Gwarube slated the vehicles as “glorified wheelbarrows” and called for the Eastern Cape health department to be put under administration. EFF MP Mbuyiseni Ndlozi shared photographs from the launch on social media, calling the ANC “pathetic and beyond repair”.

What is the Special Tribunal?

President Cyril Ramaphosa established the Special Tribunal in early 2019. It acts as a niche court, fast-tracking the recovery of money and assets linked to suspect government tenders. Or — as with the ambulance scooters —  it stops payment when it's suspected a tender is irregular, pending further proceedings.

“Fast-tracking these matters through the Special Tribunal will enable the SIU to recover monies and or assets lost by state institutions through irregular and corrupt means,” read a presidential press release announcing its establishment.

The Special Tribunal presides over matters brought by the SIU on behalf of government and other interested parties. These cases are based on SIU investigations. It only presides over civil matters, and cannot try suspects or convict and sentence criminals. While the tribunal was established under SIU law, it falls under the justice department.

“The special tribunal has a statutory mandate to recover public funds siphoned from the fiscus through corruption, fraud and illicit money flows,” said justice minister Ronald Lamola in September 2019. In the tribunal, the SIU acts as a litigant.

“The matters get in and get finalised quickly,” insists Kganyago.

The contract awarded to a company run by the health minister’s former staff contravened the Public Finance Management Act, a forensic investigation ...
National
1 year ago

Online system for deceased estates slated for this financial year

Disciplinary committee finds no evidence to suggest Cyril Ramaphosa’s spokesperson  violated its value system and clears her to return to political ...
National
1 year ago
Next Article