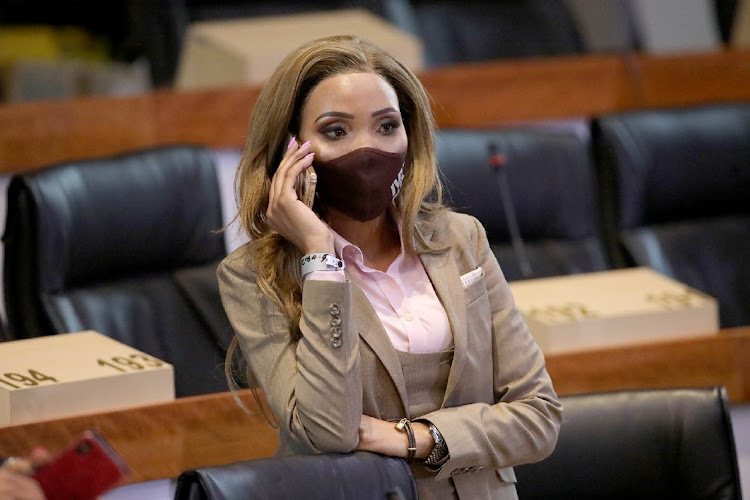 Norma Mngoma, the estranged wife of former cabinet minister Malusi Gigaba, was making her second appearance at the state-capture commission when it was adjourned for "serious security reasons".

Shortly before 7pm, during her testimony a note was
handed to the commission chair, deputy chief justice Raymond Zondo, saying they had to break for a "protector-related issue".

Zondo returned about five minutes later to confirm that there was a security issue and to say that they would have to return on Friday morning. Details were not provided.

The commission’s official Twitter account said: "DCJ [deputy chief justice] has been informed that there are serious security reasons for the commission to adjournment."

Mngoma testified said at the state-capture inquiry on Thursday that her estranged husband had manoeuvred to bury
information linking him to the Gupta family.

Members of the Gupta family are controversial friends of former president Jacob Zuma and business partners of his son Duduzane. They are said to have milked this relationship to benefit billions of rand in contracts with state owned enterprises and government departments.

Before the adjournment Mngoma told Zondo that Gigaba had brought an IT expert to their home and asked her to hand over her electronic devices. She said that when she asked why, Gigaba had claimed he wanted the expert to wipe out all information that may link him to the Guptas.

She said that she refused to hand over her devices and the IT expert left.

But later Hawks officers visited their home, demanding Mngoma’s electronic devices. They said they were doing an investigation about a WhatsApp message she had sent to one of Gigaba’s family members.

When she handed over the mobile phone from which the message was sent, they also demanded she hand over all her devices — including two mobile phones, a laptop and tablet.

Two weeks later, on a Friday, the Hawks were allegedly back at the Gigaba residence, and she said that she thought the visit was to hand back her electronic devices. To her surprise, they were there to arrest her.

The items were returned to her the following day.

"I started opening my gadgets and discovered everything Malusi had said we needed to delete that related to the Guptas was gone," she said.

"I started paging through to check. They did not delete all my data, but what was deleted was everything that related to all our trips to Dubai that the Guptas paid for, and it was all the pictures of the car that Guptas gave him as a gift. And also a picture that I took at the Gupta wedding in Sun City.

"Everything related to the Guptas was deleted."

In her first appearance Mngoma told the commission of the many trips she and her estranged husband made to the Gupta family estate in Saxonwold, the numerous gifts they got from the family and several shopping trips also funded mostly by them.