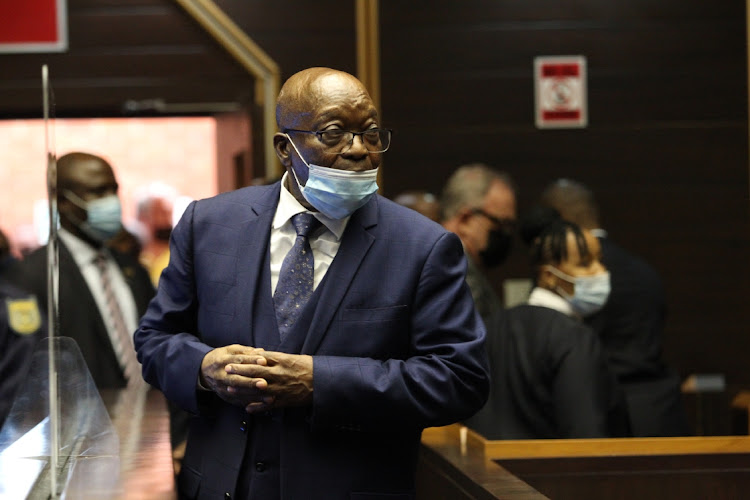 Former president Jacob Zuma’s legal team filed his affidavit in support of its application for the recusal of state prosecutor advocate Billy Downer at the 11th hour.

On Monday the Pietermaritzburg high court was told that the documents would be submitted on Wednesday.

“We are studying the document and we will submit our response in court as expected. At face value, it looks like a regurgitation of the old false issues that have been previously rejected by the courts.

“However, the matter is now sub judice, we will deal with it extensively in court as required,” he said.

Zuma will have to prove to the court that lead prosecutor Downer, who has spent almost 15 years trying to bring him to book, is not entitled to prosecute him. The matter will be discussed after Zuma’s plea of not guilty is recorded in court on May 26.

In the past, Zuma’s defence team was accused of adopting a “Stalingrad approach” by launching court applications to delay the start of the corruption trial while the state has always said it was ready to proceed.

In 2007, Zuma’s then-advocate Kemp J Kemp told the Durban high court: “We have adopted a Stalingrad strategy in response to this prosecution ... we will fight [the state] in every street, in every house, and in every room.”

Since then, under instruction from Zuma’s long-time attorney Michael Hulley, his defence team has tried every possible legal avenue to prevent him from being prosecuted.

Zuma is accused of receiving an annual bribe of R500,000 from French arms dealer Thales for protection from an investigation into the controversial arms deal. The alleged bribe was facilitated by Schabir Shaik, who was Zuma’s former financial adviser.

Zuma upset is really about funding taps being cut off

Fraud and corruption case against Jacob Zuma is postponed

Zuma is represented by Thabani Masuku, with Barrie Roux acting for the French arms company Thales.
National
5 months ago

Branches of the party must stand up in defence, Tony Yengeni tell supporters
National
5 months ago

JUSTICE MALALA: Who will succeed Cyril?

JUSTICE MALALA: Who will succeed Cyril?