Former speaker insists she would do the same given another chance 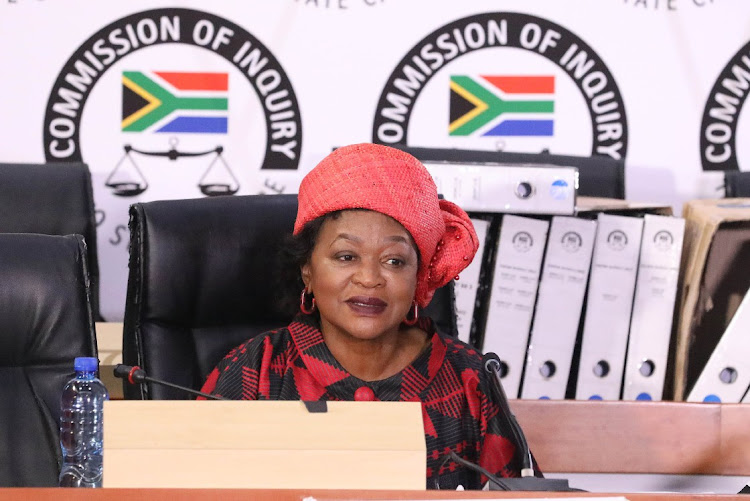 Mbete made the admission in an attempt to justify why parliament had also ignored allegations about the Gupta family running amok at state-owned entities.

According to her, parliament was too busy to entertain “rumours”. It was for this reason that during her time as deputy speaker, she snubbed a report that was pushed under her door by a whistle-blower.

Mbete conceded the report contained “scary” details, but said she gave it no attention because it had no-one’s name as an author.

“You do not just take something because someone has said it and you plunge it into the space of parliament,” said Mbete.

“I want to tell you, chairperson [deputy chief justice Raymond Zondo], of an occasion when I was deputy speaker. The speaker was away and I was acting speaker. A document was slid under my door. As it turned out, when I read it was about the famous arms deal. That document had no signature. It had no author.

“But, yes, it contained scary things that were being claimed. I had to apply my mind for hours and I took a decision. Parliament is very busy and I must take this dramatic document and say parliament must take this into its programme. On what basis? Who is the author? And I just did not act on it.

“I am saying if another opportunity like that happened, I would still decide [the same]. I will not take a document that is a lot of rumour, drama and very concerning. But why is there no author? The person who slid it under my door must come and then I will act on it.”

Mbete said with this reasoning, she believes parliament acted the same way regarding “rumours” about the undue influence of the Guptas on government and state-owned enterprises.

“The fact that the [ANC] national executive committee was told something [about the Guptas], it just gave it the status of a rumour. Parliament cannot just pursue things because of political considerations,” she said.

Her testimony is ongoing.

The commission, which is due to terminate its work at the end of June, received R75m to cover its expenses from January to March
National
4 months ago

Money was used to pay for transport, meeting venues and campaign regalia, president says
National
5 months ago
Next Article

Gigaba’s lavish gifts from the Guptas: Mngoma tells all at state capture ...

Gigaba’s lavish gifts from the Guptas: Mngoma tells all at state capture ...