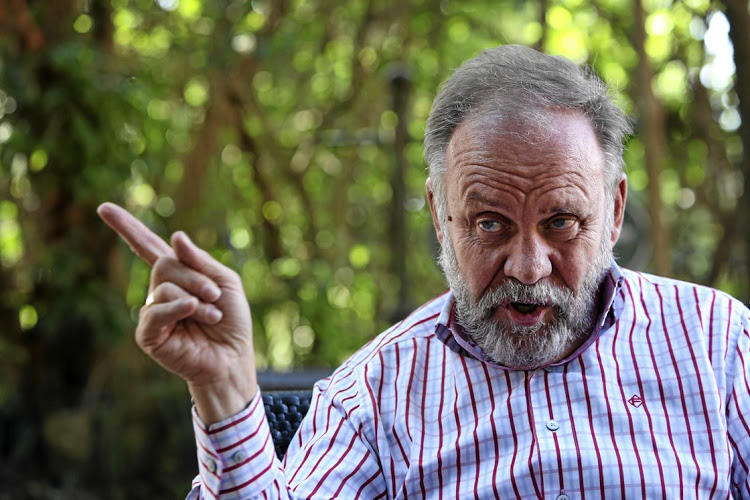 Ace Magashule’s close ally Carl Niehaus on Thursday said the ANC secretary-general will go the legal route after his suspension from the party.

The decision to go to court means Magashule’s anticipated apology in the party’s suspension and counter-suspension saga will not be coming any time soon.

The ANC demanded a public apology from him over a letter he wrote after his suspension in which he in turn “suspended” party president Cyril Ramaphosa.

Niehaus, spokesperson of the Umkhonto we Sizwe Military Veterans Association (MKVA) and a senior staff member in Magashule’s office at the ANC’s Luthuli House headquarters, confirmed that the suspended secretary-general would be joining several ANC national executive committee (NEC) members in a court bid to challenge his suspension and the implementation of the step-aside resolution.

Magashule was asked by the party to step aside after being charged with fraud, theft, money laundering and corruption in a R255m asbestos tender in the Free State when he was premier. He is charged with 15 others.

Magashule stunned many last week when he issued a public letter announcing his suspension of Ramaphosa in retaliation for his own suspension.

ANC deputy secretary-general Jessie Duarte on Tuesday announced that the party’s leaders had given Magashule 48 hours to apologise over his unsanctioned letter of suspension against Ramaphosa or face disciplinary action.

The ANC announced on Monday that the NEC, its highest decision-making body between national conferences, had decided Magashule should apologise publicly for his role in the matter and that disciplinary proceedings be instituted against him should he refuse to do so.

Duarte said the NEC had found that Magashule’s letter suspending Ramaphosa had not been at the behest of any ANC structure.

Despite this, Niehaus said on Thursday that Magashule would not be apologising any time soon due to the imminent court action against his suspension.

“I think the legal process must now proceed and that will determine the outcome of all these issues, including this demand for an apology,” Niehaus said.

His aide, Chris Ackeer, told Business Day that he was in a staff meeting and would only be able to speak later. He declined to immediately comment on Niehaus’s remarks.

ANC confident Ace Magashule will do the right thing and apologise, says Duarte