Abram Masango and France Hlakudi, both formerly with Eskom, have lost their homes in terms of the Prevention of Organised Crime Act 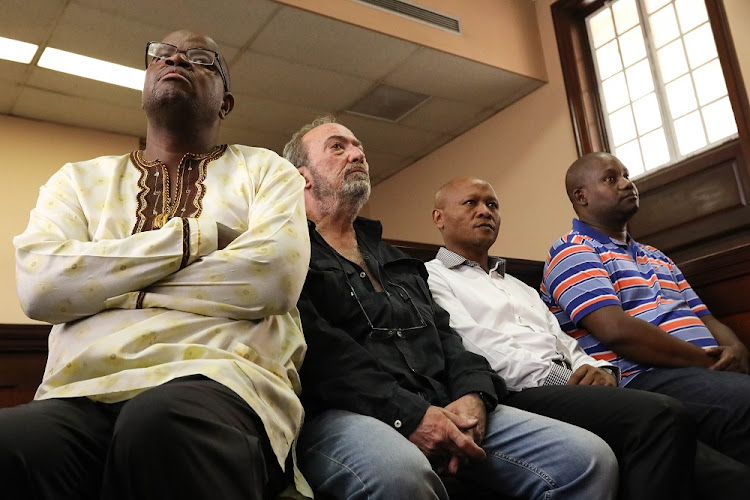 In a case that may highlight the value of co-operation between SA’s law enforcement agencies in acting against alleged perpetrators of corruption at Eskom and other state-owned enterprises, two former senior executives at the utility and contractors had more than R1bn of their assets frozen.

Eskom’s former capital executive Abram Masango and former contracts manager France Hlakudi lost control of major assets, including homes, pending the outcome of a trial. Together with three contractors and six companies, they were hit with a restraint order, which freezes R1.4bn in assets.

Tuesday’s order, served from 7am to all parties in SA across Gauteng, Limpopo and Mpumalanga, came after a process driven by the independent directorate of the National Prosecuting Authority (NPA). The ID drew on skills in the Asset Forfeiture Unit (AFU) and the directorate for priority crime investigation to target former Eskom executives and business people accused of corruption, fraud and, in the case of one of them, money laundering.

"The freezing order prohibits them from dealing in any manner with any of their realisable property," NPA independent directorate spokesperson Sindisiwe Seboka said. One of the contractors, Lomas, is a UK resident, and Seboka said a curator in SA received the order on his behalf.

The restraint order in terms of section 26 of the Prevention of Organised Crime Act is so wide-reaching that it can even apply to gifts to third parties and unspecified assets. The valuables, including those held in family trusts and by spouses, have been frozen in terms of the act. Among the seized assets are houses belonging to Masango and Hlakudi in Pretoria, a house of Kgomoeswana’s in Polokwane, and a property undergoing renovations belonging to Trindade.

In a statement, Seboka recorded that court-appointed curator Trevor Hill had compiled the list of affected assets now restrained pending the outcome of a criminal trial.

The R745m corruption case was over a project at Eskom’s Kusile power station, one of the delayed megapower projects whose spiralling costs helped push the power utility into a financial crisis that has pushed its debt to nearly R500bn. The delay in getting Kusile and Medupi finished has been one of the major factors behind power cuts that have crippled industry and propelled the economy into recession even before Covid-19 hit SA in 2020.

Tuesday’s action freezing assets follows an April 20 decision in the high court in Pretoria, which granted the order after reviewing submissions filed earlier in the month.

In an affidavit, national director of public prosecutions Shamila Batohi pressed for assets to be frozen. Business Day understands the independent directorate provided significant input on the papers. She argued for the order in terms of section 26 of Prevention of Organised Crime Act, which allows the state to cast a wider net when motivating for a restraint order both on a defendant’s property and associated assets.

An investigator in the AFU, who is working with the independent directorate, told the court of the hunt for assets linked to the accused. She gave a nod to units in the Hawks and police, and identified property and realisable property as defined in the act. In establishing and valuing relevant properties, the team drew on corporate records, property reports and car registration databases.

Investigators also scoured bank accounts of the defendants and respondents, and banking and insurance material from the SA Insurance Crime Bureau. The Companies and Intellectual Property Commission provided information on the directors of registered and deregistered companies.

The NPA aims to extradite Lomas from the UK. He was arrested in London on April 15 and appeared in the Westminster Magistrate’s Court a week later. He was released on £100,000 (about R2m) bail. He pledged additional surety of £250,000. A case management hearing is scheduled for May 20 in the same court.

On April 23, Masango and Hlakudi appeared in the specialised crimes court with co-accused Kgoemoeswana and Trindade. All five face fraud and corruption charges, while Kgomoeswana faces an additional charge of money laundering.

The matter has been adjourned until June 1.

Move would amount to 6% of GDP, pushing fiscal trajectory to above the level the Treasury is targeting
National
3 months ago