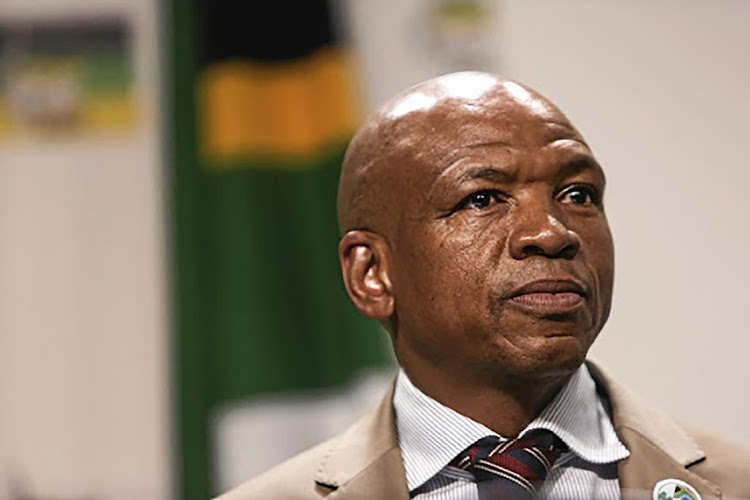 In what could be an escalation of factional fighting in the North West province, the ANC's interim provincial committee suspended former provincial chair Supra Mahumapelo’s party membership, pending an outcome of the party’s disciplinary process.

Mahumapelo is accused of addressing a gathering at which he advised a local mayor to ignore the interim structure’s instruction to resign from office.

The factional battles within the ANC in the North West province have  intensified in light of the two step-aside lists compiled by the ANC’s interim provincial committee (IPC) and a group linked to former premier Mahumapelo.

Business Day has seen a letter, dated April 19, from the interim provincial committee co-ordinator Hlomani Chauke, which informs Mahumapelo of the suspension of his party membership.

In the letter, Chauke said the decision to suspend the former premier’s party membership was taken on April 16, and that it was decided at the same meeting that disciplinary action would be initiated against him.

Mahumapelo, a key Ace Magashule ally, is set to face misconduct charges which relate to: acting in breach of the ANC membership oath; bringing the party into disrepute; behaving in a manner which provokes or is likely to provoke division or impact negatively on the unity of the ANC; undermining the respect for, or impeding, the functioning of a structure or committee of the ANC; and prejudicing the integrity or repute of the organisation.

He could not be reached at the time of going to press.

Citing the ANC constitution, Chauke indicated in the letter that Mahumapelo would be charged within 30 days of his suspension.

The temporary suspension will remain in force until the finalisation of the disciplinary proceedings, including any appeals or reviews, provided that the national disciplinary committee of appeals may, upon application, or of its own accord if the circumstances so warrant, set aside such suspension at any stage.

Chauke also informed Mahumapelo that the interim provincial structure resolved that pending the outcome of the disciplinary action, the terms and conditions that will regulate his participation in the national parliament and conduct as a public representative during the period of suspension will be regulated by the ANC secretary-general's office.

In 2018, Mahumapelo was forced to resign as premier after violent protests. Shortly after his resignation, the ANC disbanded the provincial leadership he led and replaced it with a provincial task team. Mahumapelo and others went to court to have the decision overturned and won the case earlier in 2019. The ANC at the time said it would appeal the judgment, but was also looking for a political solution.

In June 2018, Job Mokgoro was announced as the new North West premier. In February 2021, Mokgoro was suspended by the ANC interim provincial working committee — established in 2018 to stabilise the province and bring about unity —  but allowed to keep his job as the leader of the provincial government.

This came after Mokgoro and four other ANC members were accused of defying the party caucus by voting with the opposition during  the election of chairs in the legislature.