The presidential spokesperson, who is on special leave, says Jacob Khawe is distorting facts over her disciplinary inquiry 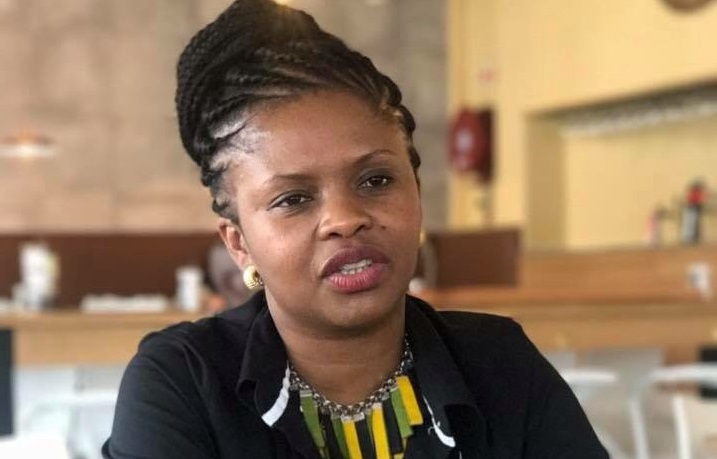 The ANC's provincial disciplinary committee has asked Khusela Diko to step aside from her duties as a member of the Gauteng ANC provincial executive committee. Picture: ANC/TWITTER

Khawe told the Mail & Guardian newspaper on Tuesday that the provincial disciplinary committee had asked Diko to step aside from her duties as a member of the Gauteng ANC provincial executive committee (PEC).

This was after the disciplinary committee found Diko had brought the party into disrepute and should not be allowed to return to her government job as spokesperson for President Cyril Ramaphosa.

Diko, in a statement issued by her lawyers, said Khawe’s remarks were “without a doubt” meant to “serve nefarious political ends”. She said Khawe deliberately failed to mention she was appealing the provincial disciplinary committee’s findings and decisions, a move that effectively suspended any action being taken against her.

“We believe the comments attributed to the provincial secretary in the press purporting ignorance of Khusela Diko’s decision to appeal the findings of the provincial disciplinary committee (PDC) are therefore, at the very least, regrettable; at best they are blatantly dishonest and nowhere near cogent,” the statement released by Diko’s attorneys read.

“Furthermore, it is our client’s assertion that there is no decision that has been taken by the PEC to accept and implement the findings of the PDC, particularly in light of the fact that our client has elected to exercise her constitutionally enshrined right to appeal/review the decision of the PDC.”

Diko’s political career is on shaky ground after the disciplinary committee found, among other things, that she engaged in unethical or immoral conduct that detracts from the values and integrity of the ANC. The committee also found she abused her office to directly or indirectly enrich herself after failing to disclose business interests of her late husband Thandisizwe Diko.

Diko took special leave from her job in the presidency last year after it was revealed her husband’s company had been awarded a R125m tender at the Gauteng health department to supply Covid-19 personal protective equipment (PPE). The contract was cancelled amid an investigation by the Special Investigating Unit (SIU).

The PDC found: “Apart from this not being a requirement, she was of the view that it was not necessary as the matter was closed once the contract had been cancelled. Whether it was a requirement or not, comrade Diko should have disclosed her husband’s business interests and what had transpired to the ANC PEC, chairperson or provincial secretary.”

However, Diko is appealing the findings and decisions of the disciplinary committee on the grounds that there is no rule that says she was supposed to have made such a disclosure. She is also arguing that the findings were therefore based on what they thought she should have done and not on existing policy.

“Comrade Diko therefore cannot be charged and sanctioned on the basis of what another member of the ANC believes she should have done,” the statement reads.

Diko also argues that the disciplinary committee may have solely relied on media reports and had no substantial evidence against her as, throughout the entire disciplinary process, the committee could not tell her exactly what she was accused of doing, when and how.

Through her attorneys, Diko maintained she “has not broken any law or committed any unethical, unlawful and/or immoral act”.

“If anything, this process was nothing more than a continuing ruse to force her to ‘step aside’ as some of her own comrades in the PEC seek to continue their political witch-hunt on baseless unsubstantiated media allegations,” the statement reads.

She accused Khawe and the disciplinary committee of trying to circumvent the ANC guidelines on the step-aside issue. The guidelines said those who have been criminally charged in court must step down from their positions. Diko has so far not been charged in relation to this or any matter.

“Khusela Diko wishes to confirm she is unaware of any agency of the government (including the National Prosecuting Authority and the SIU) having investigated her and found her guilty of unethical, unlawful and/or immoral conduct.”

EDITORIAL: Punish this mindset at the polls

If ever there were an object lesson in how not to govern when you’re holding a legislative majority by the thinnest of hairs, it’s the ANC in Gauteng
Opinion
3 weeks ago

Special Investigating Unit found former Gauteng health MEC had known about his department’s irregular procurement processes but failed to execute his ...
National
3 weeks ago
Next Article