Money talks, and the Reserve Bank’s Fundi Tshazibana can speak the language 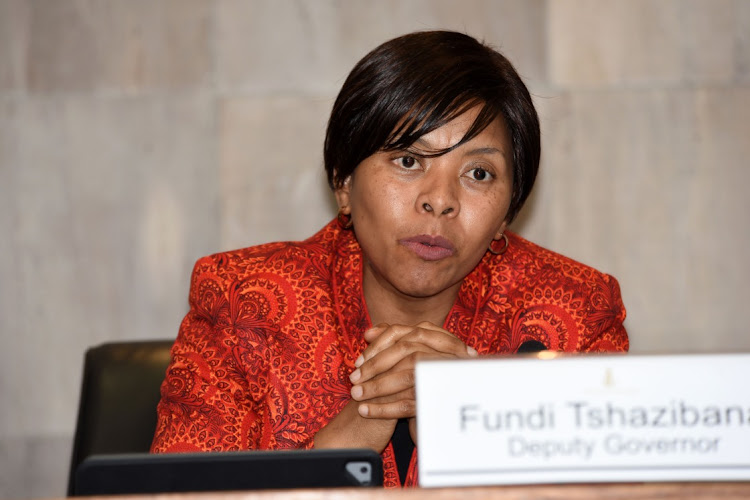 SA’s only woman on the central bank’s monetary policy committee (MPC) learnt the nuances of finance and policy-making from her time as an alternate executive director at the International Monetary Fund (IMF).

Working at the IMF allowed Fundi Tshazibana “to learn the language” that would lead to her appointment as SA Reserve Bank deputy governor, she said in an online panel discussion at the launch of Bloomberg New Voices, a global initiative to increase the visibility of women and other under-represented executives in finance across media platforms.

“When I first arrived at the IMF, I was one of the few females on the executive board of the IMF, short, and one of two Africans that was around the table some of the time, and so those things require you to sometimes learn the language that is being spoken,” she said during a panel discussion at the event on Tuesday. “Sometimes if you come too radical and too quickly with your ideas you can be shut out.”

Tshazibana was head of the economic policy and forecasting division and a deputy director-general at the Treasury before working for the IMF. She became an adviser to governor Lesetja Kganyago and his deputies in February 2018 and was later appointed a deputy governor, becoming the first woman to join the MPC since former governor Gill Marcus stepped down in November 2014.

The JSE, the largest and most developed bourse in Africa, has the best gender balance on the boards of companies in any developing country in the Group of 20, at 28.5%, according to a report by Sustainable Stock Exchanges.

Compulsory disclosure of gender representation is one of the tools that help incentivise companies to increase female representation at executive level, and more needs to be done, Shameela Soobramoney, chief sustainability officer at the bourse said at the same event.

“Mandatory gender disclosure, is one of this factors in the broader ecosystem that helps to change the dial and to shift the way we do things,” she said. “We really need to try to get there as fast as we can especially when we consider the dividend that diversity and inclusion bring to any company.”

Achieving gender or racial equity is about changing behaviour, removing the biases and prejudices within the structures of organisations so that diversity and inclusion are the norm, according to Naspers SA CEO Phuthi Mahanyele-Dabengwa.

“The gender gap is a reality, particularly in the tech-sector; we still are not seeing enough women in leadership positions,” she said. “It is our duty to never forget. We need to make sure that ambitious, smart women are recognised and that they are given a seat at the table.”

Mahanyele-Dabengwa, who has sat on the boards of a number of companies including Vodacom, Discovery Insurance Services and Gold Fields, was appointed in 2019 to head the SA unit of Naspers.

SA may have to borrow an average of R572bn a year for the next eight years, pushing total debt to about 95% of GDP
Economy
3 months ago

It's prudent to keep the policy option open in case of a major risk event and loss of liquidity, say analysts
Economy
8 months ago
Next Article