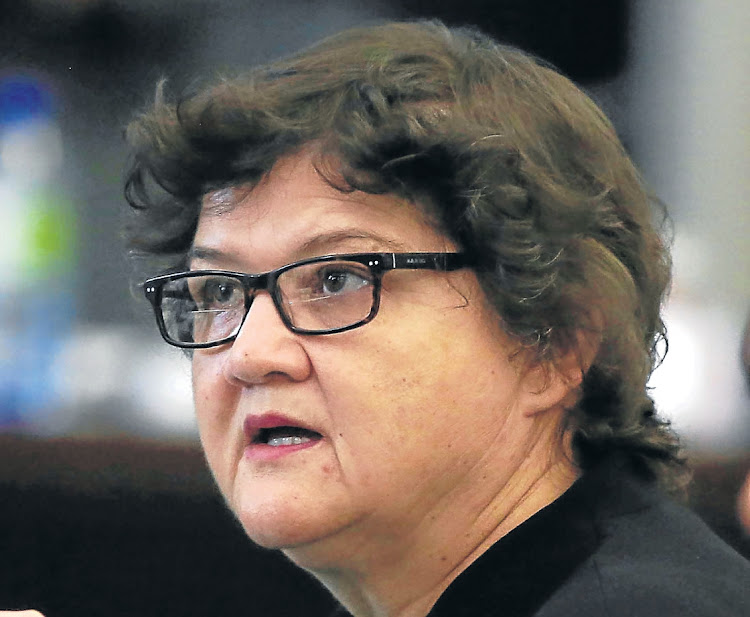 Former public enterprises minister Lynne Brown has refuted claims that she populated the Eskom board with Gupta-linked people.

Brown, who was testifying at the state-capture commission on Friday, said the allegation was an “unintended consequence” of her decision to open up the appointment process for board members at the power utility.

She said it was in the interest of transparency that she opened up the process.

Brown also said that the shortlisted names sent to her for board positions had already been vetted and it was she who instituted a second conflict of interest process to be done in the middle of the year after they were appointed.

Brown used Mark Pamensky, who was linked to the Guptas and named in Thuli Madonsela’s state of capture report, as an example. She said when he listed that he was a director of the Gupta’s Oakbay Resources and Energy, Brown asked him to resign or choose between the company and Eskom. Pamensky resigned from the Eskom board in 2016.

“So it wasn’t something I constructed in order to get a particular grouping of people in. I followed a process,” Brown told the commission.

She also said that not all board members could be linked to the Guptas. “Many of them did not have anything to do with the Guptas.”

Brown was appointed public enterprises minister by former president Jacob Zuma in 2014. She served until February 2018 when President Cyril Ramaphosa removed her from the cabinet in his first reshuffle after Zuma was recalled in the same month.

Brown resigned as an MP after that.

The former minister has been implicated in testimony by a number of witnesses in relation to Eskom and other state-owned enterprises (SOEs).

During his testimony to the commission, former deputy finance minister Mcebisi Jonas claimed that Ajay Gupta had mentioned Brown as one of the people with whom he worked.

On Friday, Brown was asked whether she had any relations with the Guptas. She told the commission that she knew the eldest brother, Ajay, but none of the others. Brown said she met Ajay Gupta about 13 or 15 years ago when she was still the MEC of finance in the Western Cape, long before she was appointed minister of public enterprises.

She said that on the day she was sworn in as minister, she showed some friends that Ajay Gupta had tried to call her, but she did not take his call because she was in a public place.

Brown was also asked about the state she found Eskom in when she arrived at the department of public enterprises. She told the commission that Eskom had been battling for six years to keep the lights on when she was appointed minister.

“Eskom was no longer a going concern ... It was spending so much money in trying to keep the lights on by purchasing diesel,” Brown said, adding that the lack of maintenance at plants was also an issue.

Deputy chief justice Raymond Zondo questioned how the parastatal was allowed to get to such a state, raising concern that there seemed to be no light at the end of the tunnel as the country continues to experience load-shedding.

He asked what happened to the oversight over Eskom. Brown said the issue was not oversight but the model used for SA’s SOEs.

The final report of parliament’s inquiry into Eskom, released in 2018, found that Malusi Gigaba and Brown (both former public enterprises ministers) were “grossly negligent” in carrying out their responsibilities.

With regard to Brown, the report noted that “in spite of there being ample evidence of wrongdoing being raised frequently about Eskom in parliament and in the public domain, minister Brown often failed to take appropriate action, responsibility or accountability for a large set of impugned decisions taken by the board and management of Eskom”.

Zondo inquiry hears that members of the board urged Tshediso Matona to settle, saying retaining his position as chief executive was out of question
National
7 months ago

State capture rogues: where are they now?

We look at a list of the Zuma-era worthies who caused South Africans’ jaws to drop with the antics that led to the appointment of the Zondo ...
Features
1 year ago
Next Article