Delivery date of R37bn Lesotho water project pushed back to 2027 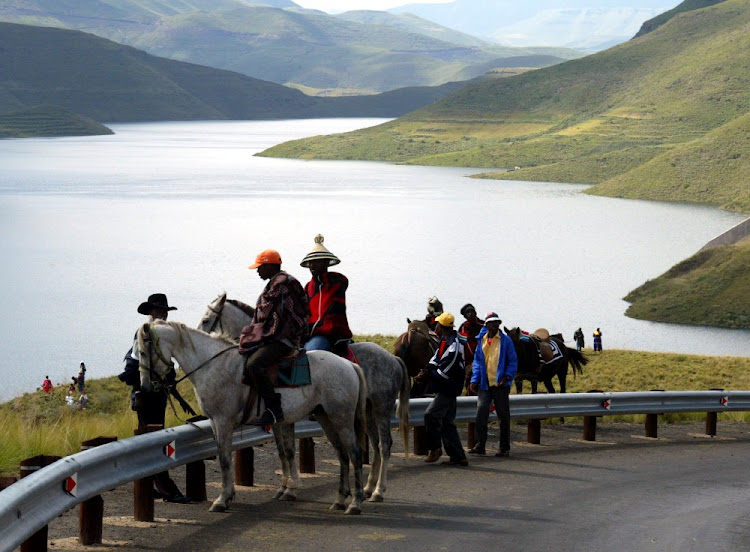 The Lesotho Highlands Water Projec will begin water delivery under the next phase in 2027. Picture: REUTERS

SA’s long-delayed R37bn Lesotho Highlands Water Project (LHWP) — which is facing funding pressures, Covid-19 delays and protests in the mountain kingdom — will begin water delivery under the next phase in 2027.

The department of water & sanitation said the building of roads, accommodation and electricity installations have begun, and that border closures due to Covid-19 will not affect the completion of the project.

“Covid-19 disruptions aren’t expected to have a material impact on the planned completion date of project works and commencement date of water delivery to SA, in early 2027.”

Started in 1984, the LHWP was designed to have five phases over 30 years and transfer up to 2-billion cubic metres of water annually from Lesotho to SA’s commercial hubs and industries such as Sasol and Eskom.

Water delivery under phase 1 started in 1996. Phase 2, which includes the 2.3-billion cubic metre Polihali Dam and a 1,200MW hydroelectric plant in Lesotho, was meant to be completed by 2020.

The department said the R60bn needed by the Trans-Caledon Tunnel Authority (TCTA), SA’s state-owned company responsible for the Lesotho project, will be generated through further debt issuance.

“TCTA is planning a debt capital markets programme in the near future to complement funding of capital expenditure and possible long-term refinancing of shorter-dated maturities,” the department said.

In 2019 and 2020 water supply to Gauteng was periodically interrupted due to severe drought related to climate change and creaking infrastructure due to funding shortfalls for maintenance and new projects.

Bitter disagreements over compensation and job reservations between Lesotho officials and the communities that need to be relocated to make way for construction, about 500 households in 35 villages, led to protests in January and February, threatening to lengthen delays.

The LHDA did not respond to written questions.

SA is still one of the driest countries on earth, with the need to increase its water storage capacity to ensure a continuous supply
National
8 months ago

Huge investment needed for projects over the next decade to address scarcity, says deputy minister Mahlobo
National
1 year ago