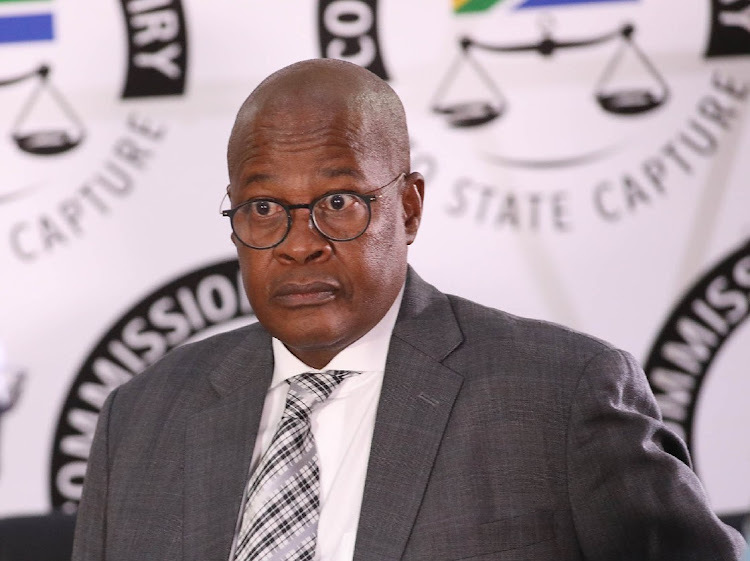 Brian Molefe and state capture inquiry evidence leader Anton Myburgh on Monday traded barbs over the former Eskom and Transnet boss’s acquaintance with the controversial Gupta family and their associates.

The Gupta brothers are friends and business associates of former president Jacob Zuma and his businessman son Duduzane. They are said to have wielded so much power that they won millions in state tenders and meddled in the appointment of ministers and heads of state-owned enterprises (SOEs).

Molefe, one of the SOE leaders alleged to have been influenced by the brothers, appeared before deputy chief justice Raymond Zondo on Monday.

The exchange of words started when Myburgh and Zondo tried to corner Molefe on his version of how he never had sleepless nights on hearing that the Gupta brothers knew of his career advancement in advance.

The commission put it to Molefe that it was too much of a coincidence that the Gupta-owned defunct newspaper, The New Age, knew of his appointment as Eskom CEO months before it happened.

“I would have expected you to be concerned about that,” said Zondo.

Molefe fired the first salvo: “Maybe unlike you [Zondo] and Mr Myburgh, I am not a good conspiracy theorist.”

Myburgh pressed on: “Mr Molefe, Mr Essa was engaged in corrupt activities using your name. Can you be quoted to be saying that did not concern you?”

Molefe responded: “You say Mr Essa was engaged in corrupt activities using my name. Is that what you [the commission] have found? It is alleged that he was using my name.”

Molefe’s insistence that he was not worried about Gupta predictions that turned out to be correct about his career’s upward mobility, prompted Myburgh to say: “Perhaps Mr Molefe, you and I live in different worlds.”

Molefe replied with a sarcastic tone: “Yes, you and I do, Mr Myburgh.”

Myburgh moved his line of questioning to issues pertaining to Molefe’s links with the Gupta brothers. The evidence leader was interested in picking Molefe’s memory on the number of occasions he visited the Gupta compound.

Molefe responded: “I understand mathematics is a complex subject maybe for you, Mr Myburgh, but I said you cannot draw a graph because if you do, you will arrive at the conclusion that I was there last month.”

Molefe could also not remember when he stopped visiting the Gupta residence and could not recall how often he spoke to Ajay, the Gupta brother he was closest to.

Myburgh was not convinced, saying it was not good enough for an “intelligent man” like Molefe to forget things that are so important.

Molefe took exception: “Mr Myburgh, it is not necessary to patronise me. Please do not patronise me. Chairperson, I take exception in Mr Myburgh saying I am an intelligent person and so on; that is patronising.”

Molefe will take the stand again on Tuesday, when he is expected to continue being quizzed on Transnet-related allegations.

Brian Molefe back at state capture commission on Tuesday

Molefe is expected to be grilled  on his role in the approval of a R1.68bn bank guarantee in  2015 and a prepayment four months later to Gupta ...
National
2 months ago

1.
Post Office wants to be compensated when Postbank ...
National
2.
State unlikely to freeze public-sector wages for ...
National
3.
Sweeping electoral reform on the table
National
4.
No salary increases for senior political officer ...
National
5.
SAA hopes to get back in the air in July, says CEO
National

1.
Post Office wants to be compensated when Postbank ...
National
2.
State unlikely to freeze public-sector wages for ...
National
3.
Sweeping electoral reform on the table
National
4.
No salary increases for senior political officer ...
National
5.
SAA hopes to get back in the air in July, says CEO
National