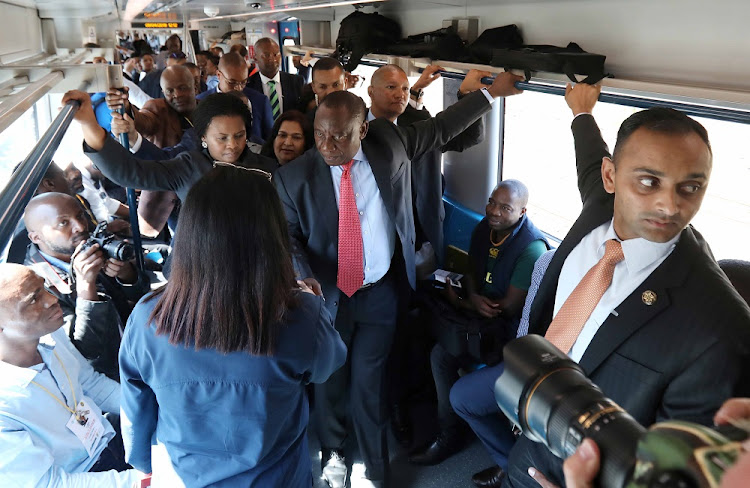 Trade unions have called on new Passenger Rail Agency of SA (Prasa) group CEO Zolani Kgosie Matthews to, as part of his priorities at the embattled operator, ensure that the theft and vandalism of rail infrastructure is stopped.

Prasa, which has not had a permanent CEO since the departure of Lucky Montana in 2015, has been crippled by widespread vandalism said to have cost an estimated R4bn in the past few years. This prompted transport minister Fikile Mbalula to launch an intelligence-driven plan in September 2020 aimed at protecting the state-owned entity’s (SOE’s) assets.

This included the insourcing of 3,100 security officers to beef up Prasa’s security unit. Prasa is among SOEs that have been hollowed out by years of corruption and mismanagement linked to state capture.

The rail agency has had five turnaround strategies implemented since its creation in 2009. In 2020 it received a disclaimer from the auditor-general, the worst possible audit outcome. Prasa also received a disclaimer for 2018/2019 — the financial year in which it registered irregular expenditure of R27.2bn — and a qualified audit the year before.

Mbalula introduced Matthews as the new group CEO at Langa in Cape Town on Saturday. TimesLIVE quoted Matthews as saying: “We know that delivering reliable rail and affordable public transport is central to our economic performance. Our overarching priority is to put passengers at the heart of all we do.”

Matthews refused to comment when contacted by Business Day on Monday.

“How do you run trains while you are not in a position to stop the vandalism and theft of rail infrastructure that’s taking place on a daily basis? You first need to bring to a halt the theft, then repair the infrastructure, get the trains running again, and beef up security,” said Harris.

“The only way to do that is if there is collaboration between the SA Police Service, SA National Defence Force (SANDF), Prasa security and the department of transport.”

Harris said the “dire straits” Prasa was in required that “you bring in the SANDF because you repair today and tomorrow it’s stolen”.

“We were supposed to have a meeting with the new CEO today [Monday] but it was cancelled at the eleventh hour. We do realise that this man is 63 years old. In terms of Prasa’s conditions of service you retire at 63. How do you appoint a person who is 63?”

Democratised Transport Logistics and Allied Workers Union (Detawu) deputy general secretary Nontembeko Luzipho said they did not object to Matthews’ appointment because the rail operator was in “dire need for a CEO”.

“Prasa is on the verge of collapse. He has a huge task to ensure that the cracks that are showing in the walls do not lead to a collapse,” said Luzipho.

“The appointment is a positive move but there is an element of disappointment when looking at his age. But if he is bringing in a wealth of experience that will assist in turning around Prasa, that would be most welcome.”

SA Transport and Allied Workers Union (Satawu) national co-ordinator Lubabalo Tinzi said they had consistently argued that the failure to appoint a permanent CEO had “serious implications on the rail agency’s operational, strategic and corporate strategy”.

He called on Matthews to engage all strategic stakeholders including organised labour to ensure that commuters across SA had access to train services.

Satawu was concerned that almost all Prasa’s systems “are on the brink of collapse”, said Tinzi, adding that they supported moves to accelerate their revitalisation as long as that was not done to the detriment of workers.

Prasa spokesperson Makhosini Mgitywa had not responded to questions sent to him by Monday afternoon.

Prasa has lost R199m since the start of the Covid-19 lockdown in March, and the revenue loss projected for 2020 is R757m
National
11 months ago

The late auditor-general Kimi Makwetu highlighted poor record keeping, the state of disrepair of Prasa’s assets and irregular expenditure among other ...
National
1 year ago
Next Article