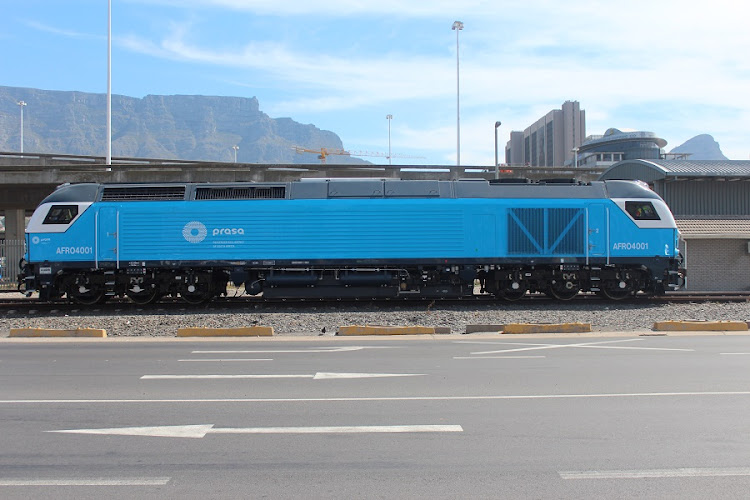 The Passenger Rail Agency of SA (Prasa) stands to recover only R65m of the R2.3bn it paid upfront for locomotives that were too tall to run on SA’s railway lines.

That is according to the Special Investigating Unit (SIU) which made a presentation to parliament’s standing committee on public accounts (Scopa) on Wednesday.

Mike Koya, who is leading the team investigating Prasa, told the committee that due to the liquidation of Swifambo, which was given the tender for the locomotives, Prasa would recover R65m from the billions it paid upfront.

“There was R2.3bn that was prepaid for the locomotives and the locomotives that they delivered aren’t the correct ones ... the investigation was done and it went to court and [the tender] was set aside,” said Koya.

He said the SIU investigation on the matter was about how Prasa could recover the prepayment made to the company.

“Swifambo is being liquidated and negotiations are ongoing between Prasa and the liquidators. Apparently the owner of empowerment company Swifambo Rail Leasing is also in court to try to stop the liquidation process. Altogether there are three court matters involving the trains.”

Swifambo was awarded a contract in 2012 to supply Prasa with 70 new locomotives at a cost of R3.5bn. The company received an initial payment of R460m and supplied 13 locomotives but they were too tall and thus unsuitable for SA’s railway network.

The company reportedly made payments totalling nearly R80m to a close friend of former president Jacob Zuma, and a lawyer allegedly doing business with one of Zuma’s sons.

Former Prasa board chair Popo Molefe has said Swifambo did not have a valid tax certificate, meaning under Public Finance Management Act rules, it should not have participated in the tender process, let alone get awarded the tender.

“If liquidation goes ahead, you can only [reclaim] R65m of the amount that has been paid because all those locomotives that were supposed to be delivered were sold back on auction, bought by the same company that was delivering them to Prasa,” said Koya.

He said Prasa’s legal department was dealing with the court cases but there were new proposals regarding the locomotives.

“That process will mean another procurement process that must take place [and more] money that is being spent,” said Koya. He said it was unclear whether Prasa would go ahead with the deal, which would mean it would forfeit the claim of R65m.

SIU head Andy Mothibi promised the committee that the unit will appear again in parliament to disclose more details on the locomotives tender, including a breakdown of why Prasa stood to recover only R65m.

Prasa, which transport minister Fikile Mbalula has described as a broken organisation, is among state-owned enterprises (SOEs) that have been ravaged by years of corruption and mismanagement due to state capture, which has cost SA about R500bn.

In 2020 the auditor-general slapped the parastatal with a disclaimer, the worst possible audit outcome. Prasa also received a disclaimer for 2018/2019 — the financial year in which it registered irregular expenditure of R27.2bn — and a qualified audit the year before.

The rail utility has also been crippled by extensive vandalism, which is said cost an estimated R4bn in the past few years, prompting Mbalula in September 2020 to launch an intelligence-driven plan aimed at protecting its assets. This included, among other measures, the insourcing of 3,100 security officers to beef up Prasa’s security unit.

Prasa announced in March 2020 that it was going through a “debilitating cash-flow crunch” that depleted its operational budget resulting in it failing to pay suppliers and creditors.

The organisation has lost R199m since the start of the Covid-19 lockdown in March. The revenue loss projected for 2020 is R757m.

GARETH VAN ONSELEN: A 12-question guide to voting in SA

Are you against a party assassinating its own members? Answer this and 11 other questions to see if you can be a voter
Opinion
11 months ago

Prasa has lost R199m since the start of the Covid-19 lockdown in March, and the revenue loss projected for 2020 is R757m
National
1 year ago

BIG READ: The heaps are smaller, but trash still clogs the corridors of power

Evelyn Groenink writes about the anger that inspired her book on Ivan Pillay, the so-called Sars rogue unit and the damage wrought by ‘leadership’
Life
1 year ago

LETTER: Corruption must be addressed or SA risks becoming a failed state