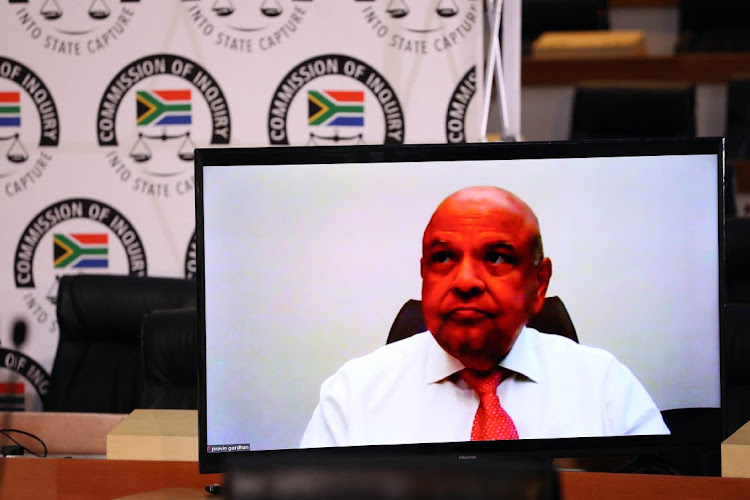 A full bench of the high court in Pretoria has overturned her report that found the public enterprises minister had irregularly approved the early retirement of former SA Revenue Service (Sars) deputy commissioner Ivan Pillay with benefits in 2010. Gordhan was `the finance minister at the time.

Gordhan's lawyers, Malatji and Co Attorneys, said in a statement on Sunday: “In our view, this judgment bolsters our client’s belief that he has been subjected to a series of unlawful and unfair investigations by the office of the public protector.”

The statement quoted parts of the judgment, including: “There is nothing in the report that establishes that minister Gordhan as a member of cabinet or otherwise, contravened any of the basic values and principles governing public administration or that he acted contrary to any of the duties of members of cabinet provided for in the constitution.”

In her report, Mkhwebane recommended that President Cyril Ramaphosa take disciplinary action against Gordhan. Mkhwebane’s probe was prompted by an anonymous complainant.

Gordhan, who denied any wrongdoing, took legal action in 2019 to have the report overturned. Pillay and former Sars commissioner Oupa Magashule then joined Gordhan in the litigation against Mkhwebane. On Thursday, the high court set the report aside.

“It is in that respect that we finally conclude that the public protector’s decision [findings], and by extension her report, should be reviewed and set aside.”

The complaint that  resulted in the protracted legal battle was lodged anonymously on November 18 2016. It claimed Gordhan had approved Pillay’s early retirement and re-employment on a fixed-term contract as deputy commissioner with full benefits “as though he had retired at a statutory age”.

“The essence of the complaint was that minister Gordhan and Mr Magashula acted dishonestly in their dealing in this matter and placed Mr Pillay at an advantage,” the judgment reads.

“The allegation that minister Gordhan irregularly approved the early retirement of Mr Ivan Pillay with full retirement benefits and his subsequent retention at Sars is substantiated,” Mkhwebane found.

Mkhwebane also found that even if the contentious retirement was “in fact a retirement”, Gordhan had no authority to approve it. She recommended that disciplinary action be taken against Gordhan. She also urged the Sars commissioner to recover the levy Sars paid on behalf of Pillay from the both Pillay and Magashula. She recommended that the Sars commissioner should “ensure that Sars introduces as part of their recruitment process, regulations, policies and practices which are clear and unambiguous relating to early retirement and staff retention”.

Five years after Nenegate, the former CEO of a Gupta-linked consultancy explains how Eric Wood was part of strategy to insert a pliable minister
National
4 months ago

EDITORIAL: The unveiling of Mkhwebane

South Africans should not only reject a ‘protector’ with such a frosty relationship with the truth, they should also reject any party that seeks to ...
Opinion
4 months ago

Busisiwe Mkhwebane promises to present herself in court on perjury charge

Busisiwe Mkhwebane promises to present herself in court on perjury charge