Zuma’s lawyer says if Zondo dismisses the application to have him recuse himself, Zuma will go to court to review the decision 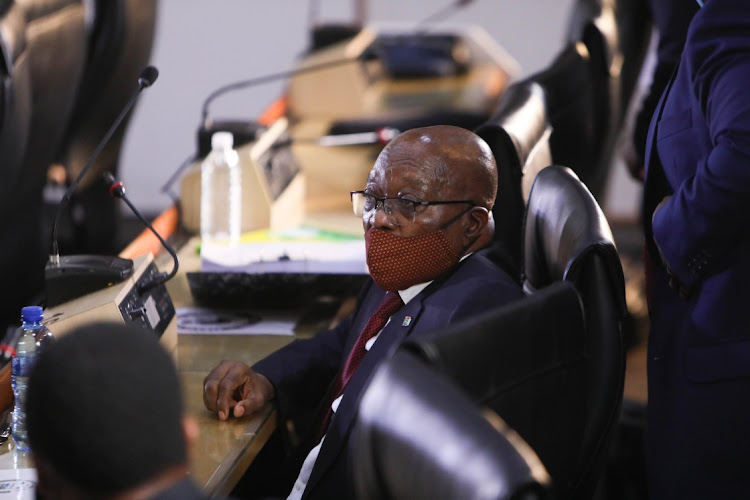 Deputy chief justice Raymond Zondo will take another day before making a ruling on former president Jacob Zuma’s application to have the judge recuse himself as the state capture inquiry chair.

Zondo said he would take Tuesday to work on his judgment after hearing arguments from Zuma’s legal team and the commission's team on the application.

Proceedings were adjourned until 10am on Wednesday.

Zuma's advocate, Muzi Sikhakhane, said his client would submit a statement in response to the one read out by Zondo on Tuesday in which he denied he had a close, personal relationship with the former president or that they were friends.

Sikhakhane also asked that Zuma be excused on Wednesday because he needs to attend a funeral.

It is not clear if Zuma will still answer questions at the commission if Zondo dismisses his application for the judge’s recusal.

On Monday, Sikhakhane indicated that if Zondo dismissed the application to have him recuse himself, Zuma would go to court to review the decision or if he was still forced to sit before the judge he could exercise his right to “remain silent”.

The first day of Zuma’s long-awaited second appearance at the commission on Monday was dominated by his bid to seek the removal of Zondo.

The commission’s legal team head, advocate Paul Pretorius, said there was no basis for the claim that Zondo was biased, and warned that if the judge recused himself, the inquiry would collapse.

The commission, which has already cost more than R700m, has only another four months in which to conclude its work.

It was launched in 2018 after a report by former public protector Thuli Madonsela into allegations that the Gupta family — friends of Zuma and his son’s business partners — were allowed to run parts of the state, including choosing ministers, to further their own interests.

The former president has himself also appeared at the commission before, in July 2019, using the opportunity to accuse some of his accusers of being apartheid spies.

Zuma has also said that he believes the state capture commission is part of a political project to destroy him.

Zuma further claims that, after Zondo was appointed as a judge, the pair ‘discussed whether our personal relationship would jeopardise his judicial ...
Politics
10 months ago
Next Article