Cyril Ramaphosa calls for formalisation of the taxi industry

The industry has been beset by violence, but the president says formalising it is a vital step towards it contributing to the tax revenue base 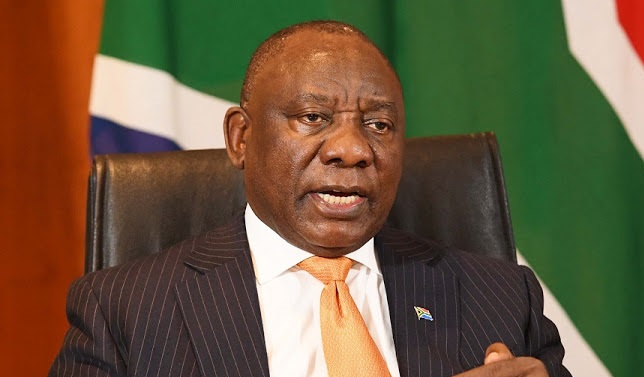 President Cyril Ramaphosa has said the regulation of the taxi industry is an important step in ensuring the R50bn sector contributes to the country’s tax revenue.

The taxi industry has been beset by violence, caused mostly by turf wars between rival organisations over routes.

“Given its financial size, formalising the taxi industry is a vital step towards ensuring its contribution to the national tax revenue base,” said Ramaphosa on Thursday, during his keynote address at the three-day national taxi summit.

Ramaphosa was addressing the the first day of the summit, which will, among other issues, discuss the professionalisation and empowerment of the industry that transports 16.5-million passengers a day.

“This makes it all the more necessary that there is transformation and empowerment with real benefits to the businesses involved,” said Ramaphosa. “We share a common aspiration to see the minibus taxi industry overcome its challenges, adapt in response to the demands of modern public transportation, and ultimately grow and thrive. At the heart of all our endeavours is formalisation, regulation and economic empowerment.”

Ramaphosa said formalisation of the industry entails “greater regulation; and the compact that must emerge from this lekgotla must be anchored in the rule of law”.

“This lekgotla must be a turning point for an industry that is too often associated with disregard for the rule of law and the rules of the road, the abuse of customers, and conflict.”

The president said other issues relating to a subsidy for the sector, access to finance, and skills development, among other things, will also be discussed at the summit.

In September, transport minister Fikile Mbalula said the government plans to introduce a subsidy for the taxi industry by April 2021.

The government subsidises rail and bus transport, including private bus operators. Mbalula, however, did not explain what form or shape the subsidy would take, saying that the process would be agreed on by all stakeholders during the taxi summit.

“It’s now or never. We’ve got to make it happen. We must agree on subsidisation,” Mbalula said.

He said a subsidy for the sector is intertwined with its formalisation, empowerment and regulation. “None of these can happen without the other.”

But he did not say where the money for the subsidy will come from. The government is cash strapped and has had to cut budget allocations for 41 departments, primarily to raise the R10.5bn SAA needs to implement its business rescue plan.

The second largest industry association, the National Taxi Alliance (NTA), pulled out of the conference at the 11th hour, accusing Mbalula of negotiating in bad faith with it and of not being impartial in dealing with the SA National Taxi Council (Santaco), the country’s largest taxi organisation.

The conference ends on Saturday.

Long-distance taxi operators want to go back to full loads

Taxis get green light to load vehicles at 100% capacity

The sheer scale of the coronavirus crisis put the cabinet squarely in the spotlight. Some ministers stepped up and shone; others failed dismally ...
Features
1 year ago
Next Article

National taxi meeting hangs in the balance over NTA grievances

National taxi meeting hangs in the balance over NTA grievances