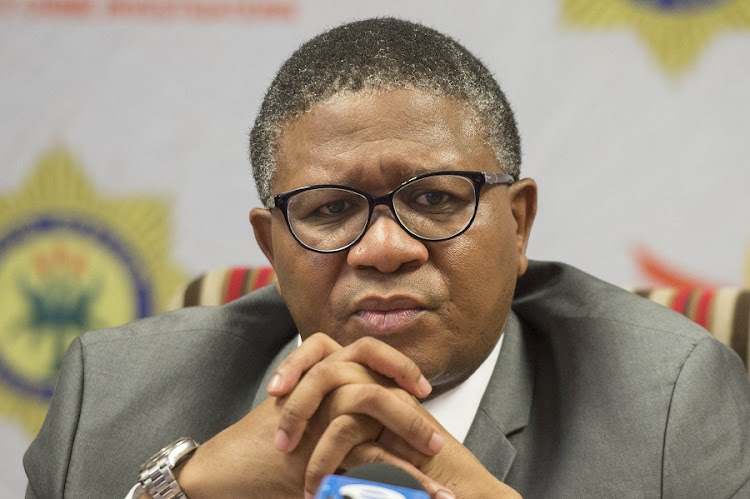 While the tourism sector waits to find out which overseas countries will be permitted to travel to SA, transport minister Fikile Mbalula has moved to allay fears over the safety of using aeroplanes.

The minister said aeroplanes were a safe means of travelling during the pandemic as their air filters are similar to those used in hospital theatres and industrial clean rooms.

This comes as the government has already indicated that travel to and from all African countries will be allowed from October 1, but countries with high infection rates from other continents will not be allowed.

The OR Tambo, King Shaka and Cape Town international airports would resume international flights next month, in line with President Cyril Ramaphosa’s announcement earlier in September that the country is moving to level 1 of the national lockdown.

Tourism and aviation were some of the biggest casualties of the six-month lockdown, threatening the future of businesses throughout the value chain. Tourism contributes an estimated 8.6% to GDP and supports about 1.5-million people.

The lockdown pushed SA’s main airline operators — SAA and Comair — to the brink of collapse, with the Kulula operator joining the state-owned airline in business rescue.

About a third of the more than 10-million visitors who spent almost R120bn in the country in 2019 came from Europe, with the UK, which imposed new measures to combat the pandemic on Wednesday, the biggest market.

However, the approach to countries that are deemed to be high risk is still unclear, with some of them are traditionally the source of the highest-spending travellers to SA.

Mbalula said he will release level 1 lockdown regulations for the multibillion-rand sector soon.

“Level 1 has its own conditions and measures ... we will be announcing those in the coming weeks. The president said from October 1 international travel is opened but that we must do it cautiously.”

He said that according to scientists advising the government on Covid-19, air travel remains the “safest space” from which to travel during the pandemic.

“We have Hepa [high-efficient particulate air-filters]. Our airlines are fitted with Hepa. It is assisting us to eat the virus from inside [the cabin],” said Mbalula.

Hepa filters are credited for capturing virtually all viruses and bacteria from the aircraft cabin. There is no conclusive evidence, however, that Covid-19, the respiratory illness caused by the coronavirus, is airborne.

Global aviation industry body International Air Transport Association (Iata) states that while the risk of contracting a disease from an ill person on board an aeroplane is similar to a bus, subway train or movie theatre, “the risk on airplanes is probably lower than in many confined spaces because modern airplanes have cabin air filtration systems equipped with Hepa filters”.

“Hepa filters have similar performance to those used to keep the air clean in hospital operating rooms and industrial clean rooms. These filters are very effective at trapping microscopic particles as small as bacteria and viruses,” the Iata states.

“Hepa filters are effective at capturing greater than 99% of the airborne microbes in the filtered air ... Virtually all viruses and bacteria are removed; even the most difficult particles in the range of 0.1 to 0.3 micron are filtered out with an efficiency level of 99.995%.”

Meanwhile, Iata has called for the development and deployment of rapid, accurate, affordable and easy-to-operate testing as an alternative to quarantine measures, saying testing all passengers will give people back their “freedom to travel with confidence”.

The sheer scale of the coronavirus crisis put the cabinet squarely in the spotlight. Some ministers stepped up and shone; others failed dismally ...
Features
1 year ago