Sindiswa Gomba blames apartheid infrastructure for the saga, saying, ‘Our people must be dragged in wheelbarrows to access health services’ 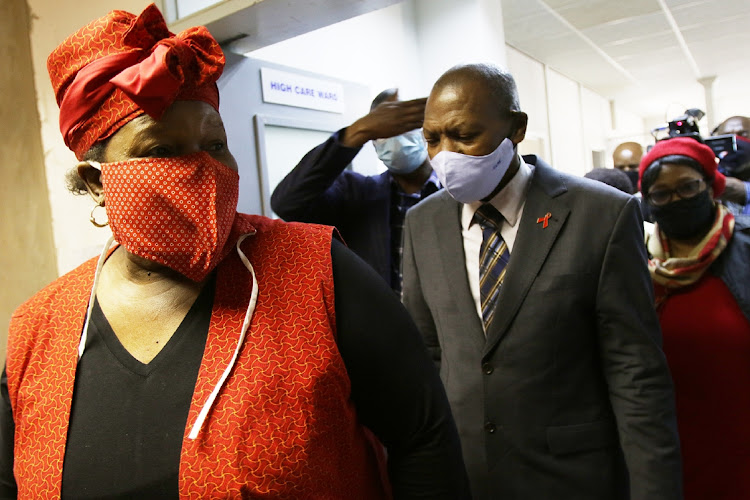 The Eastern Cape’s Sindiswa Gomba has become the second health MEC to be taken to task over financial irregularities relating to Covid-19 after her department procured 100 scooters to use as mobile clinics at a cost of R10m.

The Special Investigating Unit’s (SIU) special tribunal, established by President Cyril Ramaphosa to fast-track the recovery of funds lost to corruption or irregular spending during the lockdown, announced that Gomba will appear before it on Friday. She will be joined by the department’s superintendent-general Dr Thobile Mbengashe, CFO Msulwa Daca and Fabkomp, the company that was awarded the scooter tender.

The failed scooter project was initially aimed at transporting patients in rural areas to clinics and hospitals in a way that would limit the spread of Covid-19. However, health minister Zweli Mkhize said in July that the scooters did not meet the basic criteria for “patient transport as an ambulance” and that the national health department was not consulted on the specifications before the scooters were procured.

TimesLIVE reported that Gomba blamed apartheid for the saga, saying the coronavirus pandemic had exposed the “weaknesses of our health system, and that is linked to the design of apartheid infrastructure. Our people must be dragged in wheelbarrows to access health services”.

The SIU contends that awarding the R10m contract was done “in contravention of the provisions of section 217 of the constitution, the Public Finance Management Act and Treasury regulations”, according to Selby Makgotho, spokesperson of the special tribunal.

“Furthermore, it is alleged that the contract was marred by irregularities and irrationality and that it was awarded in unusual and unexplained haste,” Makgotho said in a statement.

“It is further contended that the department, on hearing of the SIU investigations, resolved that the scooter[s] be modified and continue with the tender with Fabkomp as the service provider and that such a modification constitutes a fresh contract.”

The SIU alleged that the modifications show that the awarding of the contract was not meant to meet the specified needs of the department, which is battling the fourth highest Covid-19 case load in SA with more than 87,000 cases and more than 3,000 deaths.

The company is owned by Thandisizwe Diko, husband of Ramaphosa’s spokesperson Khusela Diko, who elected to step down from her position pending an investigation into the matter.

Makhura said the “damning allegations severely eroded the standing” of the Gauteng government.

In April, health minister Zweli Mkhize expressed anger about the lax way in which the provincial government and health MEC Sindiswa Gomba were ...
National
1 year ago

As Nelson Mandela Bay fights the Covid-19 pandemic, the National Treasury has threatened to cut its share of national revenue due to governance ...
Features
1 year ago
Next Article