Power cuts will soon be a thing of the past, says David Mabuza 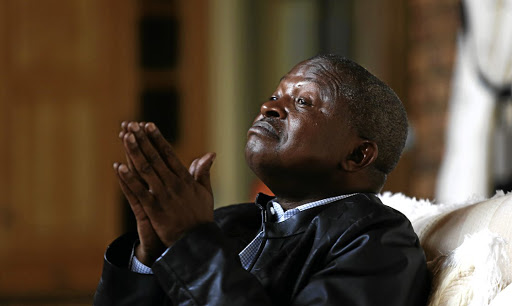 This is despite statements by Eskom executives recently that the load-shedding currently affecting the country due to depleted generating capacity and maintenance issues would be with us for a while longer.

The power outages, which could single-handedly cripple the economy, are likely to be a feature at least until 2022, Eskom said in a presentation to parliament this week. ​Ratings agencies have cited state-owned enterprises, including Eskom and SAA, which carry debts of close to R700bn between them, as among the major risks to the sustainability of the nation’s finances.

Responding to questions in the National Council of Provinces, Mabuza, who has had to postpone the question-and-answer session in parliament twice due to ill health, said Eskom had been hamstrung by maintenance issues at its old power plants.

“Our fleet, our power stations, are very old. The maintenance of such power stations presents a problem [as] they fail from time to time,” Mabuza said.

“Some units will fail and the leadership of Eskom has said ‘Yes, we are not going to avoid load-shedding as we implement routine maintenance and as we deal with the disruptions of failure of certain units in the system’.”

Mabuza said, however, the government was confident in Eskom’s leadership team, and the power crisis would soon be a thing of the past.

“South Africans must be confident that we are going to get out of this problem. Why am I saying so? There is a new build programme [and it will bring in] additional capacity … from Medupi and Kusile,” he said.

Construction of the Medupi power station is due to be completed later in 2020 while Kusile, which is set to become one of the world’s largest coal-fired power plants, could come online three years later.

In June, Mabuza told MPs Eskom was dealing with cost overruns and defects affecting the Kusile and Medupi power stations.

“We are advised by the leadership of Eskom that a great deal of progress has been made in effecting corrective technical modifications which are required at Kusile and Medupi. Eskom has committed to completing Medupi and Kusile power stations by the revised dates of 2020 and 2023 respectively,” he said at the time.

“We are going to see Medupi coming into the system, but we are also opening another window of independent power producers. We are expecting more than 2,000MW that will come from that direction. And we hope that will stabilise the pressure that is on the system and give us space to fix these old power stations,” he said.

Eskom is stuck in a classic debt trap in which it must borrow to repay debt, with the debt service costs including a capital payment of R31.5bn
National
7 months ago

The real need during the typical four hours of load-shedding has been to power slightly larger devices, such as computers, lamps, fibre connections, ...
Opinion
7 months ago
Next Article