The audits were delayed while an agency was decided on, but are more relevant now amid the Covid-19 PPE procurement scandal 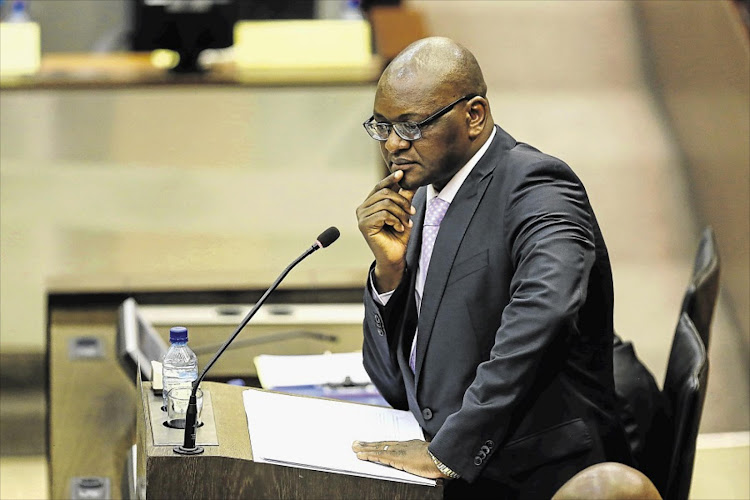 The State Security Agency (SSA) will begin conducting lifestyle audits on members of Gauteng’s cabinet, including premier David Makhura, from next week.

While Makhura announced in his state of the province address last year that the provincial executive council would be subjected to these audits, this has not taken place yet. In a media briefing on Friday Makhura said the SSA probe will hopefully be completed within six to eight weeks.

The audits come as Gauteng health MEC Bandile Masuku has taken a leave of absence pending the outcome of a probe by the Special Investigating Unit (SIU) into tenders awarded for the procurement of personal protective (PPE) equipment by the province.

Gauteng is currently SA’s pandemic epicentre, and Masuku had led the charge in the province’s response to the coronavirus before he got embroiled in a tender scandal.

Makhura was livid after the scandal erupted, saying it had profoundly eroded the public’s confidence in the provincial government.

Makhura said the reason it has taken so long for the audits to be done is that they had engaged different state institutions to determine which could do it, and it was decided that the SSA was appropriate. He said the SSA will have access to the information held by Sars while conducting the audits, adding that part of fighting corruption is to ensure there is no conflict of interest and that no-one lives beyond their means.

The announcement comes just days after the DA-led Western Cape provincial government released the outcomes of an independent lifestyle audit it had commissioned, which found that all members of the provincial cabinet and their spouses live a lifestyle in line with their income and do not have conflicts of interest.

Dealing with the probe by the SIU, Makhura said the agency is making headway in the ongoing investigations concerning Covid-19 procurement. “Based on the evidence so far, the SIU will be making referrals to other state institutions for action,” Makhura said.

He added that a criminal case has been opened and that two officials in the department of health have been identified so far as allegedly enabling and facilitating procurement corruption.

He said one of these officials was served with a suspension notice on Friday morning, while the other, who is no longer employed by the department, would be pursued legally.