South Africans push back against 5G towers in their backyards 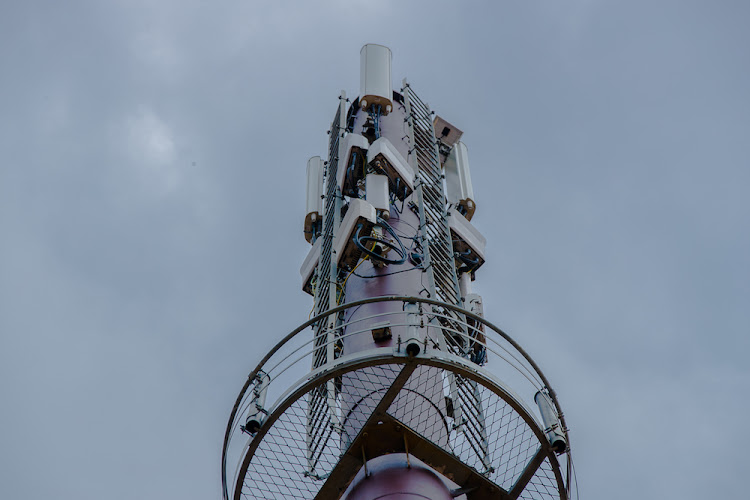 Tens of thousands of South Africans have written complaints to the government over a new policy that would let mobile networks build cellphone infrastructure such as 5G towers on private land, which they say could devalue their property.

Since communications minister Stella Ndabeni-Abrahams gazetted the policy last week, dissent has poured in through the website Dear South Africa, which collects online submissions to challenge or co-form policies before they become law.

“There are concerns about radiation, about the resale value of properties and about this being used as an excuse to expropriate land without compensation,” the group's founder, Rob Hutchinson, told the Thomson Reuters Foundation.

A study by the Research ICT Africa think-tank showed only 11% of SA households have broadband internet access — hampering access to online education, among other services.

The government’s proposal says network operators “have the right to enter upon and use public and private land”, citing the need for “high-speed, high-quality networks” to ensure that “rural areas do not lag behind”.

But critics worry this is a ruse to exploit private property owners.

“This policy proposes that network operators can erect infrastructure on private land, and property owners cannot charge an access fee and are liable for any damage to the infrastructure,” said Hutchinson.

According to the draft policy, owners can charge a “reasonable” access fee if the network operator makes any intrusive changes to their land but are liable for any damage they cause to communications facilities.

Damage to property caused by the network provider must be repaired by the company and the property owner is entitled to reasonable compensation, the policy said.

The department of communications and Digital Technologies was not immediately available for comment.

“This lag in providing services does little to enable a digital environment for all,” said Jacqui O’Sullivan, the company’s executive for corporate affairs in SA, stressing that the policy is still in the draft phase.

“The draft document is open to comment by all interested parties, including MTN, ensuring that the final document is a robust and balanced document that addresses the concerns of all parties,” O’Sullivan said.

More than 42,000 submissions were collated through the Dear SA site from across all nine provinces, detailing concerns over the public’s right to privacy, property ownership and a healthy and safe environment.

“Private property is owned by us private individuals, therefore I refuse to be bullied by the government to erect infrastructure at no cost on my property,” wrote a resident whose name was anonymised by the platform.

“Private property is private (bought and paid for). The health risks are unknown. No thank you,” wrote another.

O’Sullivan at MTN said 5G is safer than people think.

“While there are allegations that 5G is already causing health problems, including the novel coronavirus, there is absolutely no scientific evidence to support this,” she said.

Hutchinson said giving residents the chance to air their complaints now could help them avoid the “expensive and lengthy process” or protecting their property rights later.

“Raising your concerns through an official channel provides a legal opportunity to shape policy before implementation,” he said.

Conspiracy theories are spreading like wildfire, inflicting much damage in the process
Opinion
1 year ago

KATE THOMPSON FERREIRA: 5G fearmongers are 21st-century Luddites and should be a footnote in history

Fear of the novel is not new, and resistance to technology is as old as technology itself
Opinion
1 year ago
Next Article