NGO challenges government in court over its energy blueprint 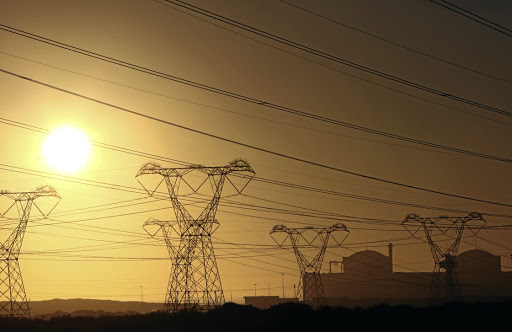 A non-profit environmental justice group is taking the government to court to demand greater transparency over SA’s long-term plan to meet its electricity needs.

GroundWork, a non-profit organisation, supported by activist law firm the Centre for Environmental Rights, this week launched the court case against the mineral resources & energy department and the National Energy Regulator of SA (Nersa) to force them to provide reasons behind the promulgation of the updated Integrated Resource Plan (IRP).

The IRP is an important policy document which guides the rollout of electricity infrastructure in SA. It was first published in 2010. Though intended to be updated every two years, the second, updated version was published in October 2019 and provides for the slow phasing out of old coal-powered electricity in favour of more renewables, especially wind power.

Since its release, groundWork has asked the minister, Gwede Mantashe, multiple times to furnish it with the reasons behind the promulgation of the updated IRP. It specifically requested the reasons behind new coal projects and the limits placed on green technologies.

The organisation has to date received no response, which it said “is patently unlawful”.

It has also asked Nersa to explain, among other things, why it did not consult the public before concurring with the minister’s approval of the IRP.

Nersa responded to groundWork in May, but the organisation said the response was “unhelpful and obstructive”.

“This application is to compel the minister and Nersa to furnish reasons for their decisions in relation to the promulgation of the updated IRP on October 18 2019,” it said in the court papers.

Because the IRP deals with the provision of electricity and determines what amount of electricity will be generated from what source of electricity in every year, it “has a material and direct impact on the rights of the people of SA, including on the right to an environment not harmful to health or wellbeing” as is provided for in the constitution, groundWork said.

The department of mineral resources & energy on Thursday confirmed receipt of the court papers and said it would still decide how to respond.

The department slammed any suggestion that the process to develop and approve the IRP was not transparent. It said it was an inclusive process with the public participating through a number of platforms. In addition, the department had released data used in the modelling of the IRP, including public comments received, as requested by a number of organisations.

“There is, therefore, no doubt that the IRP 2019 was developed in a transparent, consultative and accountable manner,” the department said.

Is Mantashe a hurdle to fixing SA’s power crisis?

As the Covid-19 pandemic obliterates SA’s economy, a quick recovery requires urgent reform of the energy sector. But is minister Gwede Mantashe a ...
Features
11 months ago

The move to renewable energy must be swift but inclusive

The push towards renewables needs to be transformational and include marginalised communities, writes Niveshen Govender
Opinion
9 months ago

Government to fast-track energy procurement amid fears of load-shedding

No more time for talk when it comes to secure electricity

No more time for talk when it comes to secure electricity