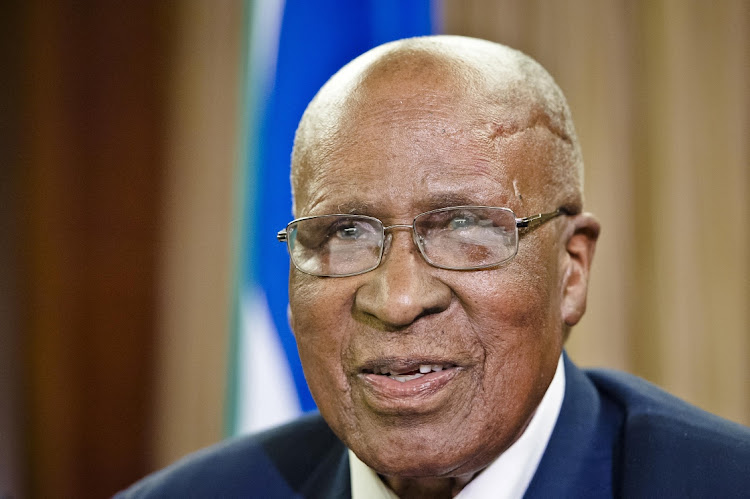 News that Andrew Mlangeni has passed away has been received with genuine grief and sadness by many people in SA. Ntate Mlangeni, born June 6 1925 in Bethlehem, the Free State, passed away after a short illness on July 21.

Mlangeni came from a farm labourer family who were evicted while he was of a tender age. That is what brought him and his widowed mother to Johannesburg in search of work. From those humble beginnings was born and nurtured one who was to be driven by a passion for justice, a disdain for apartheid, and ultimately had the makings of a revolutionary.

Comrade Mlangeni went to St Peter’s School, Rosettenville, where he joined with many others who became key to a generation of activists and revolutionary thinkers: Oliver Tambo, who was a teacher, but also fellow students Duma Nokwe, Joe Matthews, Zeph Mothopeng and many others.

Having caught the spark of revolutionary zeal, it was a short step for him to become immersed in popular struggles and then among the first to be trained as a guerrilla fighter in China in 1961. That led to his arrest at Liliesleaf Farm and the Rivonia Treason Trial. He spent 25 years on Robben Island before he was released in 1989 with Walter Sisulu, Govan Mbeki, among other Rivonia trialists.

To many South Africans he would have been known and admired for being a gentle and unassuming member of the otherwise elite forces of the revolutionaries of Robben Island. He was easy-going, much loved and always sensible in his utterances and exemplary in his conduct.

As an MP he was truly an elder statesman, often the first to articulate the vision and ethics of the ANC and the national democratic revolution. In that way he was a walking encyclopedia of the struggle to the younger generations and an embodiment of the values of the struggle to those who were in opposition to the ANC.

To those of us who had known him, Mlangeni’s bearing and intelligence were reminiscent of that of Oliver Tambo in his gentility, decency, and intelligence and yet no push-over when it came to argument on the core values of the struggle.

In his latter years he tried his best to serve as the conscience of the ANC. The ANC may not have reckoned with what he would become as chair of the integrity commission. His findings shook the foundations of and rattled the complacency of those who thought that they had the licence to abuse the power and popularity of the ANC for their own ends. His pronouncements and their recommendations were often ignored and at times ridiculed by ANC leaders.

He was dogged in expressing his views and prophetic in speaking out against the violations of the ANC’s ethos and persistent in his protection of the constitution. Even in difficult times he remained loyal to the ANC and increasingly denounced corruption within the movement as a violation of the sacred trust between the ANC and the people expressed so eloquently in the Freedom Charter.

The death of a stalwart such as Mlangeni is more than just the end of an era, the passing of the last of a generation of freedom fighters who sacrificed so much for our freedom, but more importantly who never expected or demanded any special recognition or personal benefit. More than the passing of a generation, it also has to be the handing over of the baton to younger generations of patriots while our country is in dire need of true patriots.

Mlangeni received numerous awards and honours, among them the Freedom of the City of London, and from several universities he received much-deserved honorary degrees. As a gentle revolutionary of the Rivonia group he was recognised worldwide as someone who was dependable, trustworthy, disciplined and defined by a moral persuasion that defined his life. As a golfer though he kept social company with all manner of South Africans, and as a man of Soweto he was at home among the simple folk and often spoke of their daily struggles.

His passing has left a void in our national consciousness that will be hard to fill.

In his honour on the occasion of his 95th birthday our patron president, former president Thabo Mbeki, said Mlangeni “served as inspiration to many of us, for many decades; you stood out for what ourselves should try to be. You and many others of your generation like Alfred Nzo, Thomas Nkobi, Bartholomew Hlapane, Patrick “Giraffe” Mthembu and many others about whom today we say less, belong to a generation that gave us hope that the struggle against injustice shall be won.”

Thabo Mbeki and his wife, Zanele Mbeki, as well as the chair of the foundation, Brigalia Bam, dip their banner in respectful tribute to a great son of this nation. We do so because we believe that he stood firmly for the values and principles of the African renaissance, as well as ethical and thought leadership.

CYRIL RAMAPHOSA: Andrew Mlangeni carried the torch in march to burn dompas of ...

CYRIL RAMAPHOSA: Andrew Mlangeni carried the torch in march to burn dompas of ...