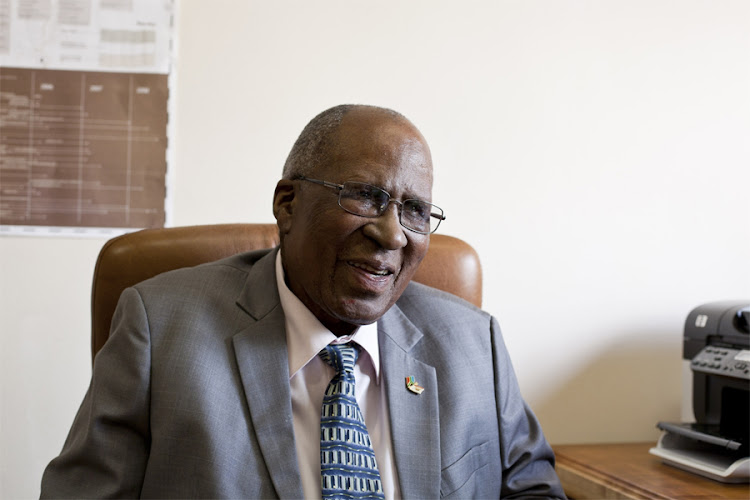 Mlangeni, who turned 95 on June 6, was admitted to 1 Military Hospital in Pretoria on Tuesday with an abdominal complaint.

Ramaphosa said: “Bab’ Mlangeni’s dramatic life was a unique example of heroism and humility inhabiting the same person. Throughout his long life he remained a beacon of ethical leadership and care for humanity in our own country and around the globe.”

ANC veteran Mlangeni spent 25 years on Robben Island before being released in 1989.

His death “signifies the end of a generational history and places our future squarely in our hands”, said the president.

“With his passing as the last remaining Rivonia trialist, Bab’ Mlangeni, has passed the baton to his compatriots to build the SA he fought to liberate and to reconstruct during our democratic dispensation.

“He was a champion and exemplar of the values we need to build a SA that provides dignity and opportunity for all, and which takes its rightful place in the global community of nations.”

Ramaphosa’s office said he had attended Mlangeni’s birthday celebration in June in the company of former presidents Thabo Mbeki and Kgalema Motlanthe as well as veteran politician Mangosuthu Buthelezi, among other notable guests.

In 1992, Mlangeni was awarded the Isithwalandwe Seaparankwe, the highest honour from the ANC for those who have made an outstanding contribution to the liberation struggle. He received the Presidential Order for Meritorious Service: Class 1: Gold from former president Nelson Mandela in 1999.

Ramaphosa said: “My thoughts are with the Mlangeni family today and with all who have had the blessing of meeting and being touched by Bab’ Mlangeni’s passion for achieving a better society as well as his passion for a life that is well-rounded, adventurous, healthy and embracing of people from all walks of life.”

This article was first published by TimesLIVE

Paul Joseph’s Slumboy from the Golden City is a self-effacing autobiography that brilliantly doubles as social history, writes Yunus Momoniat
Life
2 years ago
Next Article