The police minister said that when the alcohol ban was lifted in June, the murder rate jumped from 20 murders per day to 40 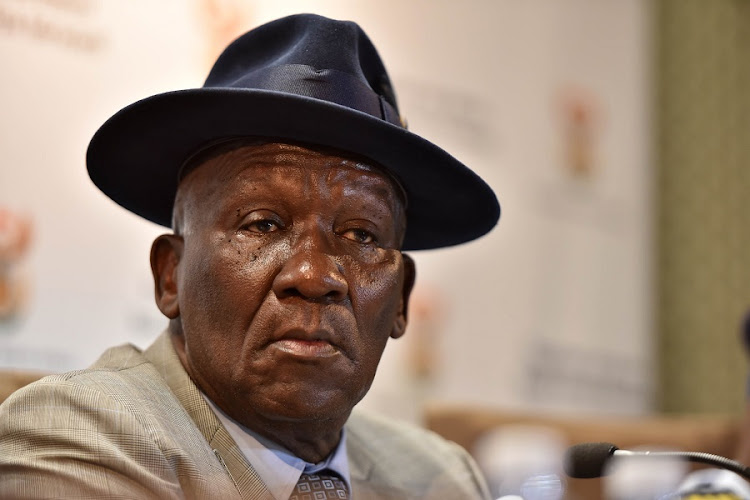 Police minister Bheki Cele has praised the president for reinstating the alcohol ban, saying easing regulations on liquor sales had led to more alcohol-related deaths and lawlessness in SA.

On Sunday, President Cyril Ramaphosa announced the immediate reinstatement of the alcohol sales ban, a decision that led to criticism from consumers and sector stakeholders.

The multibillion-rand alcohol industry argues there is no correlation between the ban and flattening the curve of Covid-19.

The industry says the livelihoods of more than one-million people who depend on the liquor supply chain would be affected by the decision to reintroduce the ban.

Ramaphosa said the ban was expected to reduce the alcohol-related trauma load on hospitals and free up desperately needed resources for Covid-19 patients.

Addressing the justice, crime prevention and security (JCPS) cluster media briefing in Pretoria on Wednesday, Cele said when the alcohol ban was lifted in June, the murder rate jumped from 20 murders per day to 40, and “the day after, it jumped to 55”.

As part of the regulations announced by Ramaphosa on Sunday, Cele said people are allowed to drink alcohol “in private, inside their homes or their yards but not in public spaces, on pavements or in their vehicles”.

“Law enforcement officials have been instructed to act resolutely to enforce compliance with the regulations, arresting those who breach the regulations and ensuring that they are successfully prosecuted.”

Cele said convictions would result either in fines or jail terms, depending on the discretion of the court.

“It is critical to remember too that the sale of cigarettes, tobacco products and e-cigarettes remains prohibited at this time and subject to the same sanctions as those found selling alcohol.”

Cele said law enforcement officials, working together with the neighbourhood watch and community policing forums would patrol areas and shopping centres where there were liquor outlets.

This comes after a liquor store was broken into in the Western Cape, a few hours after Ramaphosa reinstated the alcohol ban. The police are investigating the matter, said Cele.  There had been other cases where liquor outlets were broken into and alcohol stolen when the hard lockdown was still in place.

Cele also threw his weight behind the new taxi regulations. On Sunday, Ramaphosa announced that taxis undertaking local trips would now be permitted to increase their capacity to 100%, while long-distance taxis would not be allowed to exceed 70% occupancy. This was on condition that “new risk mitigation protocols related to masks, vehicle sanitising and open windows are followed”.

“Drivers and operators [of] public transport and shop keepers will be responsible for ensuring that anyone who boards their vehicle or who enters their premises is wearing a mask. If they fail to do so, they will be committing an offence and can be charged accordingly,” Cele said on Wednesday.

There will be a presence of law enforcement officials at all national roads and at toll gates linking provinces to ensure that taxi operators were not breaking the loading capacity rule.

Irvin Jim, general secretary of the National Union of Metalworkers of SA (Numsa), however, said it was a “sick but deadly joke” that the government had decided to allow taxis to load at 100% capacity, and that commuters can prevent the spreading of Covid-19 by simply opening windows.

The government, he said, was effectively turning minibus taxis into “mobile coffins because the virus will spread exponentially across the length and breadth of this country”.

“The pandemic has made the need to formalise this industry and introduce progressive and modern public transport standards extremely urgently.”

Taxis get green light to load vehicles at 100% capacity

Firms plead for lifting of cigarette sales ban, which they say has boosted illicit trade
Economy
9 months ago

Trading in cigarettes could lead to criminal record, says minister

While illegal, a record for such a minor infraction could lead to thousands of South Africans having  their future job prospects scuppered
National
9 months ago
Next Article