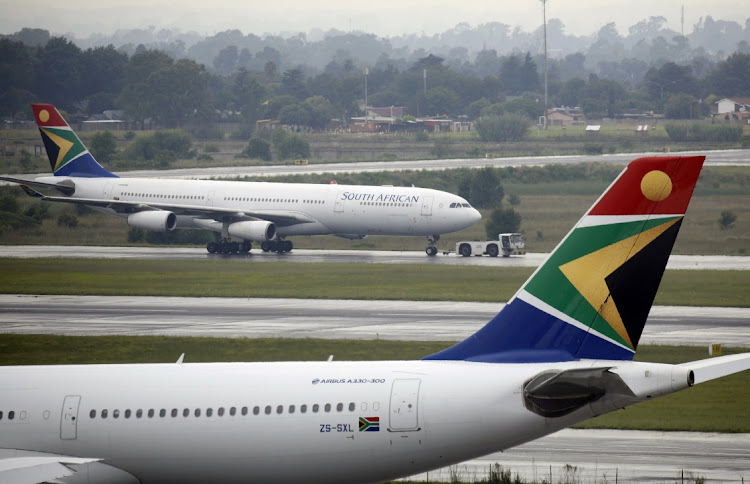 The labour appeal court has dismissed a bid by SAA’s business rescue practitioners to overturn a previous court ruling ordering them not to issue retrenchment notices to the airline’s employees before finalising a rescue plan.

The court found that issuing retrenchment notices without a business rescue plan in place was “premature, unfair and had to be withdrawn”.

The court said section 150 of the Companies Act was clear that the business rescue plan had to precede any retrenchment and “puts paid to any suggestion that the retrenchment process may commence without the plan”.

In April, after being informed by public enterprises minister Pravin Gordhan that the government had no money to restructure the airline, rescue practitioners Siviwe Dongwana and Les Matuson issued notices of impending retrenchments at the airline.

The notices were set aside by judge Andre van Niekerk after an application by the National Union of Metalworkers of SA (Numsa) and the SA Cabin Crew Association (Saaca).

The business rescue practitioners said on Thursday the judgment was “being studied and the company’s position considered”.

Numsa and Saaca welcomed the court’s decision to dismiss the application.

“It was important for us as unions to defend the decision of the labour court because BRPs [business rescue practitioners] are not a law unto themselves. They cannot be given unfettered power to simply cut jobs as they wish, without adhering to the law which governs their existence,” the unions said.

The airline, which is not financially viable, has been in business rescue for six months. But the process has not been completed due to ongoing delays in finalising the business rescue plan.

The plan was going to be put to a vote in June, but a decision on it was postponed until July 14. If the plan is rejected and an alternative not proposed, SAA will be placed in provisional liquidation.

Earlier this week, the rescue practitioners published an updated plan with few material changes other than an offer to place 1,000 employees on a training layoff scheme instead of retrenchment.

The change came about as a result of talks between the department of public enterprises and majority trade unions Numsa and Sacca.

The change means that all trade unions, including the SAA Pilots Association, have accepted the terms of the voluntary severance package offered by the airline.

While unions do not have a vote on the business rescue plan in the creditors’ meeting due next week, labour’s acceptance of the plan is a necessary condition for that meeting.

In its judgment, the labour appeal court said the publication of the business rescue plan meant events had overtaken the initial move by the practitioners and that the outcome of the appeal may have no practical effect.

However, irrespective of the mootness of the application, it was necessary for the court to consider the appeal because it raised novel legal issues that were of public importance.

The court also dismissed the argument that the labour court did not have jurisdiction to hear the matter.

The rescue practitioners argued that section 133(1) of the Companies Act prohibited any legal proceedings against a company in business rescue, in any form, without the written consent of the practitioners or the leave of the court.

The unions approached the court on an urgent basis to vindicate their members’ rights and had satisfied the jurisdiction requirement.

The labour appeal court said the practitioners’ legal point could not be sustained and so must fail.

WATCH: Why SAA unions are unhappy with the severance offer

WATCH: Why SAA unions are unhappy with the severance offer