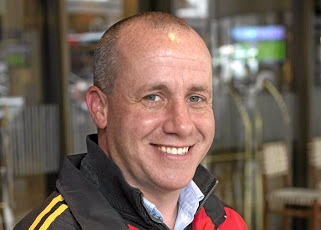 The demand comes at a time when the government is experiencing severe fiscal constraints. The National Treasury expects the budget deficit — the shortfall between revenue and expenditure — to have grown to more than 14% for the current fiscal year.

Before the Covid-19 crisis, which has sent 90% of countries into a deep recession, the Treasury had anticipated a budget deficit of 6.8% for this fiscal year. But additional spending measures to combat Covid-19 and a steep drop in revenue due to the lockdown’s effects on economic activity have caused this projected budget deficit to more than double.

Cosatu wants the finance minister to announce a huge stimulus plan of not less than R1-trillion to rebuild the economy. “Anything less will not be able to stop an economic tsunami that is on the horizon. We can no longer accept an unemployment rate of 40% as normal, let alone one of more than 50%,” Cosatu parliamentary co-ordinator Matthew Paris said.

“Stimulus funds for businesses must be conditional on them retaining and not retrenching workers. Incentives must be used to support businesses and industries who create new jobs.”

Cosatu also wants the Treasury to significantly reprioritise expenditure and shift funds to key departments that are in the front line in the fight against the Covid-19 virus. This includes money being allocated to the health department to hire additional health workers to deal with the virus and the high disease burden in the country.

The federation says basic education also needs more money, so pupils can have additional teachers to reduce classroom overcrowding and for upgrading sanitation at schools.  More funds are also needed for online learning for higher education and training.

Parks said Cosatu expected the government to honour the 2020 public service wage agreement. The government cannot expect doctors, nurses, teachers, police and correctional service officers to be at the forefront of the fight against Covid-19, while risking their lives and the survival of their families, “only [for the government] to throw them under the bus by running away from honouring their meagre inflationary-linked increase”.

“We are now on the verge of an economic depression and the task of rebuilding the economy has not been made any easier by the repeated investment-grade downgrades to junk status by all three ratings agencies. The government needs to rise to the occasion and produce a supplementary budget that is designed to deal with this major economic crisis in a significant and audacious manner,” Parks said.

Throwing away money, as on SAA or nuclear power, is a good place to start
Opinion
11 months ago

While some cities are able to raise capital in debt markets to finance developments, others are not
Opinion
11 months ago
Next Article